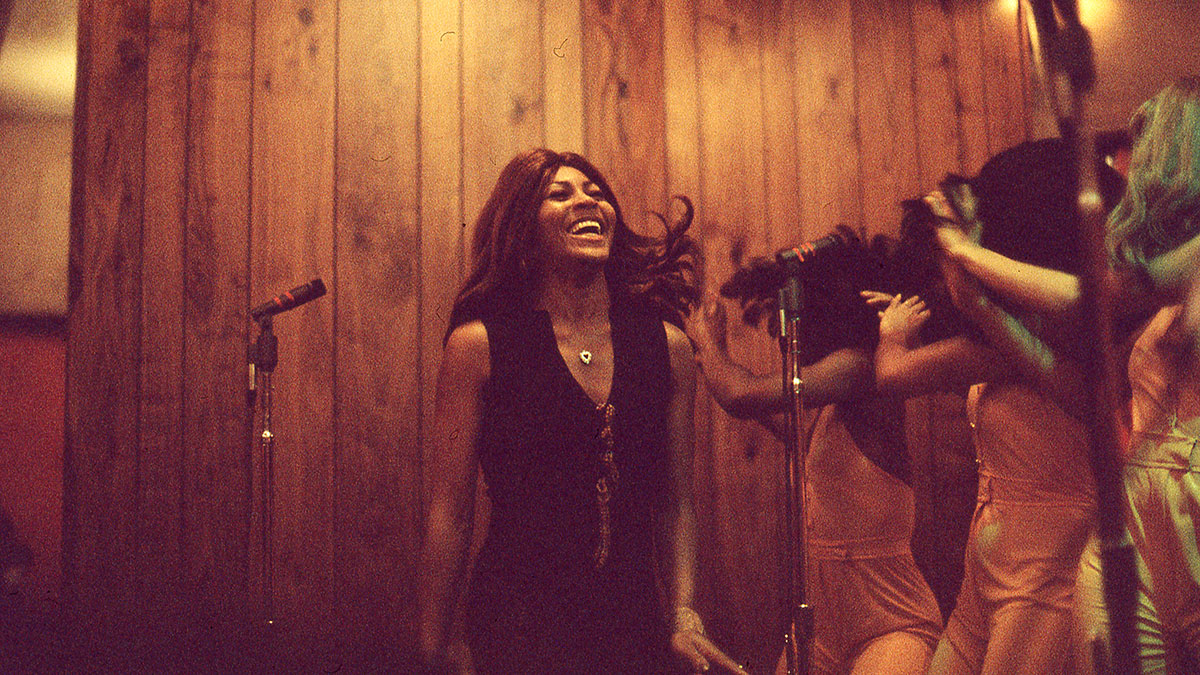 On 5th March the festival will host the UK premiere of ‘Tina’ – the ultimate celebration of a global superstar and an intimate portrait of a woman who overcame extreme adversity to define her career, her identity and her legacy on her own terms. From her early hits as the queen of R&B, to her record-breaking sell-out arena tours of the 1980s, Tina Turner draws back the curtain to invite us into her private world in a way she has never done before.  Revealing her inner-most struggles, and sharing some of her most personal moments, Tina is the defining and inspirational record of one of the greatest survivors in modern music.

Kelly Reichardt’s beautiful and moving film ‘First Cow’ will have its UK premiere at Glasgow Film Festival on 5 March. Kelly Reichardt once again trains her perceptive and patient eye on the Pacific Northwest, this time evoking an authentically hardscrabble early nineteenth century way of life. A taciturn loner and skilled cook (John Magaro) has traveled west and joined a group of fur trappers in Oregon Territory, though he only finds true connection with a Chinese immigrant (Orion Lee) also seeking his fortune; soon the two collaborate on a successful business, although its longevity is reliant upon the clandestine participation of a nearby wealthy landowner’s prized milking cow. From this simple premise Reichardt constructs an interrogation of foundational Americana that recalls her earlier triumph Old Joy in its sensitive depiction of male friendship, yet is driven by a mounting suspense all its own. Reichardt again shows her distinct talent for depicting the peculiar rhythms of daily living and ability to capture the immense, unsettling quietude of rural America.

Starring John Magaro, Orion Lee, Toby Jones and Ewen Bremner the film will be released in cinemas in the UK and Ireland by MUBI on 28th May.

On the 6th March the festival will host the World premiere of ‘Sir Alex Ferguson: Never Give In’ – a remarkably intimate and moving story about one of the greatest football managers of all time, directed by his son, Jason Ferguson.

Filmed whilst recovering from a traumatic brain haemorrhage and acutely aware that his memory might desert him, Sir Alex Ferguson recounts the most important stories of his life, both in and out of football, to his son Jason. Featuring exclusive and previously unseen archive footage, this is a film about the bond between a man and his family; an exploration of leadership and mental toughness and a celebration of one of football’s greatest careers.

‘Sir Alex Ferguson: Never Give In’ is coming to cinemas from 27th May and available on Amazon Prime Video in the UK and Ireland from 29th May. Directed by his son, Jason and produced by BAFTA Award-winner, Andrew Macdonald (‘Trainspotting’, ’28 Days Later’), Academy Award-winning John Battsek (‘One Day in September’, ‘Searching for Sugar Man’), BAFTA Award-winner and BAFTA Award-nominee, Allon Reich (‘The Last King of Scotland’, ‘Never Let Me Go’). Tickets for this screening are free and strictly limited; they are available on a first come, first served basis from noon on Thursday 18th February at glasgowfilm.org/festival

Sir Alex Ferguson and Jason Ferguson will take part in an exclusive digital Q&A for the festival, available to all ticket holders. Alongside them, GFF will be welcoming a host of other guests for exclusive digital Q&As playing alongside their premieres including Ewen Bremner and Nick Moran for ‘Creation Stories’ (24th Feb); Lee Isaac Chung for ‘Minari’ (24th Feb); Jodie Foster, Kevin Macdonald and Tahar Rahim for ‘The Mauritanian’ (25th Feb); Celeste Bell and Paul Sng for ‘Poly Styrene: I Am A Cliche’ (27th Feb); Lawrence Michael Levine for ‘Black Bear’ (27th Feb);  Ben Whishaw and Aneil Karia for Surge (5th Mar); Bryan Fogel for ‘The Dissident’ (6th Mar); Viktor Kossakovsky for the Oscar-nominated ‘Gunda’ (7th Mar); and Suzanne Lindon for ‘Spring Blossom’ (7th Mar).

Tickets for ‘Tina’, ‘First Cow’ and ‘Sir Alex Ferguson: Never Give In’ are available from 12pm (noon) on Thursday 18 February at glasgowfilm.org/festival. Tickets for all other events are on sale now at glasgowfilm.org/festival. Titles will be available to view between 24th February and 7th March on online platform Glasgow Film At Home (https://athome.glasgowfilm.org/), Glasgow Film’s streaming site, launched last year to provide a curated offering of titles available to watch online. It is free to create an account and users can pre-order the GFF21 premieres they want to watch during the festival.

GFF is one of the leading film festivals in the UK and run by Glasgow Film, a charity which also runs Glasgow Film Theatre (GFT). GFF is made possible by support from Screen Scotland, the BFI (awarding funds from the National Lottery), Glasgow Life and EventScotland, part of VisitScotland’s Events Directorate.

Advertisement. Scroll to continue reading.
In this article:Glasgow Film Festival