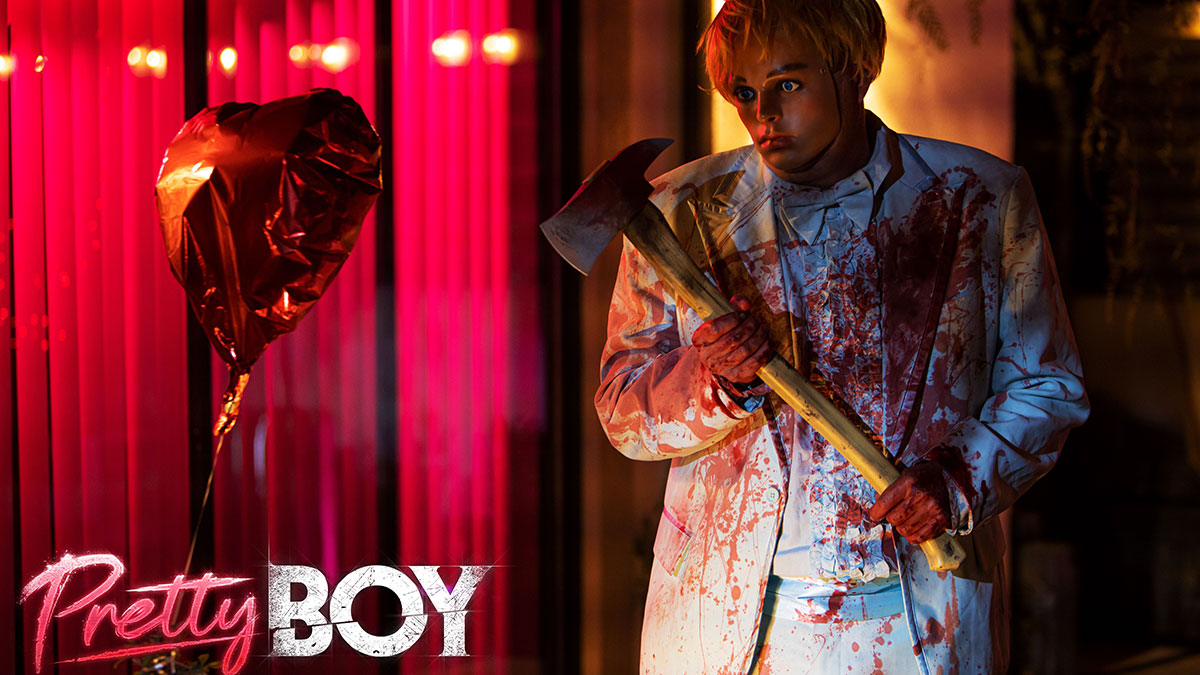 Breakout Arrow Video FrightFest hit ‘Blind‘ is getting a sequel called ‘Pretty Boy’, it has been announced.

The follow-up to the award-winning ‘Blind’, ‘Pretty Boy’ sees the return of the creepy killer. It will be once again directed by Marcel Walz and the screenplay is written by Joe Knetter.

Director Marcel Walz says: “Filming ‘Pretty Boy’ the way we did was a dream comes true for me. It is beautiful, fun, gory and creepy. Seeing our Killer, ‘Pretty Boy’, slashing through this love letter to the 80s is what I have always wanted to do! Also, as an LGBTQ Director, I could go crazy on set design for the Valentine’s party and overall theme in the movie, so be prepared for a lot of pinks, glitter and some intestines Lol!“

Writer Joe Knetter adds: “Filming ‘Pretty Boy’ was an amazing experience. Every single person on the cast and crew brought their ‘A’ game. Getting back on set safely was our number one priority and we worked hard to make sure it was a great experience for everyone. The sets we built at Wolfpack Studios took me right back to that world we previously set up. I will admit, the first time I saw Faye and Pretty Boy back together I teared up a bit. ‘Blind’ is our version of a slow-burn 70’s style drama/suspense film. ‘Pretty Boy’ is a total 80’s horror slasher.”

‘Pretty Boy’ is set for release in 2021. Take a look at the first images from the film in our gallery below: