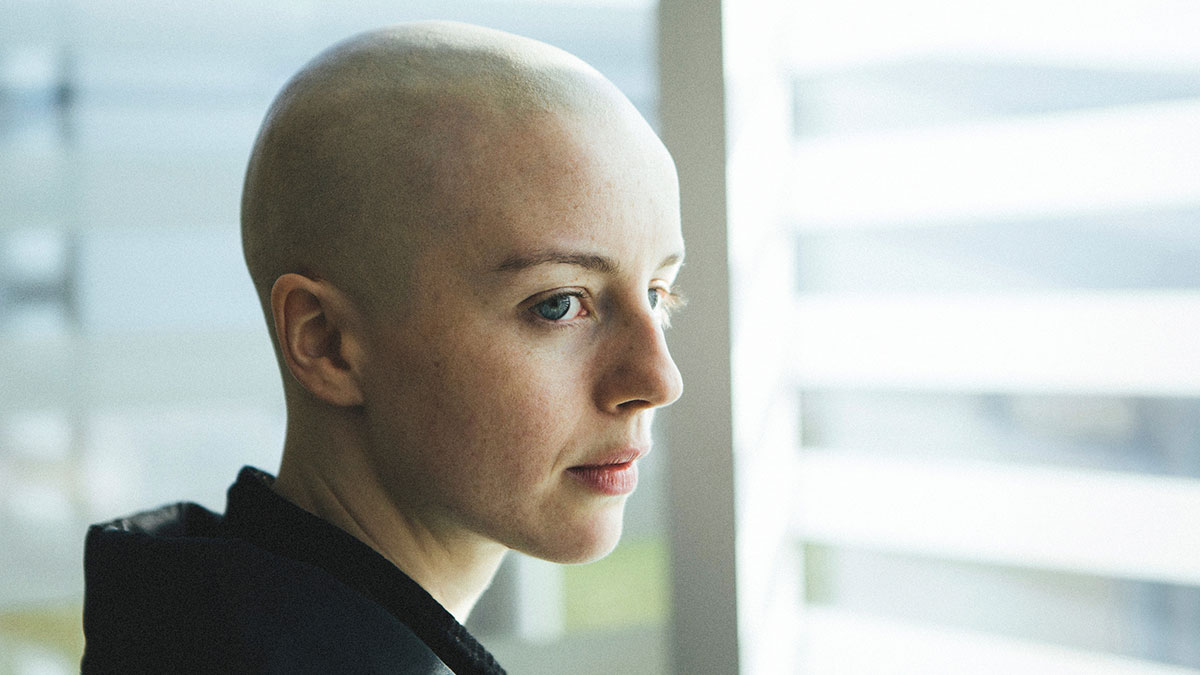 Katie Arneson (Kacey Rohl) is a university dance major harbouring a big secret – she’s faking her cancer diagnosis. Having managed to dupe everyone around her, including her girlfriend Jennifer (Amber Anderson), Katie soaks up the attention and successfully fundraises for treatment she doesn’t need. Her plan hits a hurdle when she’s asked to produce medical records to continue receiving a bursary and Katie’s secret threatens to be revealed when her estranged father Doug (Martin Donovan) suspects that she’s faking her illness.

‘White Lie’ takes a very delicate subject matter and does something refreshing with it. There are few things in life worse than faking a very serious illness and you watch the first half of the film with your jaw on the floor, wondering how any one person can be as shameless as Katie manages to be. What’s even more concerning is that she seems to genuinely believe that she isn’t doing anything wrong, despite having built a wold around her that’s built on lies and deceit.

Shaving her head so she can look the part, Katie doubles down on her cancer claims and manipulates girlfriend Jennifer to give her money. The scary part is, Katie’s so believable that her sociopathic behaviour is seriously unnerving. When Katie’s plan hits a snag, she goes into overdrive to keep up her performance and she doesn’t seem to care who she might take down in the process, as she applies pressure to healthcare worker Jabari (Thomas Olajide) to falsify records for her.

While the premise is intriguing though, ‘White Lie’ isn’t wholly successful. The film makes it clear that Katie craves attention, and she’s likely battling severe mental health issues that she’s unaware of, but the script doesn’t delve deep enough into why Katie is doing the things she does. There’s a throwaway revelation that she faked an illness as a child when her mother died, but other than that the audience is left guessing as to why she would do something like fake cancer.

The best thing about the film is without a doubt Kacey Rohl. The actor has impressed on the small screen in ‘Hannibal’ and ‘Arrow’ but here she gets to show what she can really do. Katie is a hugely unlikeable character, not just because she’s faking cancer, so the fact that Rohl can keep you on edge and worried that Katie is going to be exposed is testament to her acting chops. She throws herself into the role and she’s pretty incredible.

‘White Lie’ is a solid film but it could have done with being fleshed out a little more. We don’t get to know enough about Katie and her life to completely understand her motivation. Sure there’s the odd tidbit here and there, but it’s not enough for you to fully buy in to what unfolds. What the film does do though is showcase Rohl and she’s an actor with an incredibly bright future ahead of her.