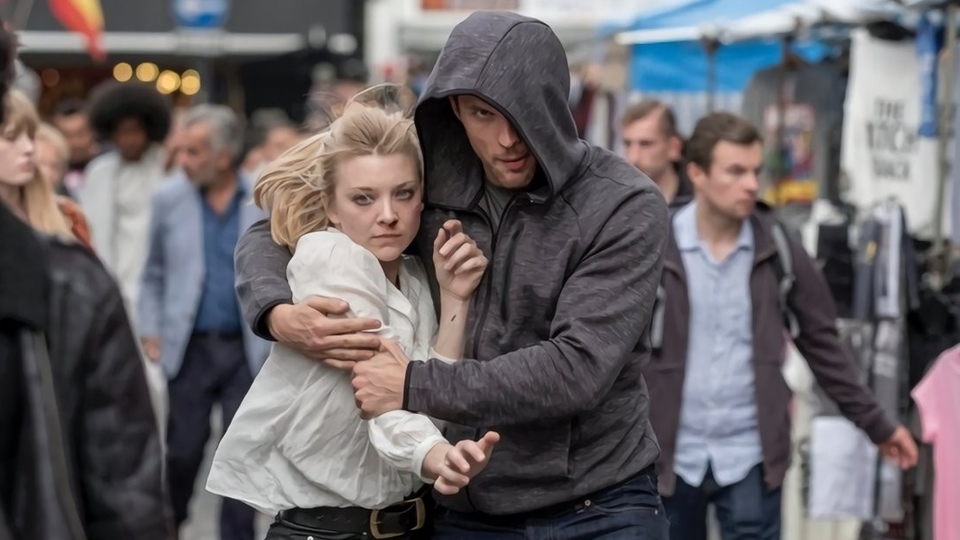 A first-look trailer has arrived for the gripping thriller In Darkness.

The film reunites Game of Thrones duo Natalie Dormer (The Hunger Games) and Ed Skrein (Deadpool) for a film directed by Anthony Byrne.

Not content with only acting in it, Natalie Dormer also co-wrote the movie with Anthony Byrne, making her writing debut here.

In Darkness is scheduled to be released on 25th May 2018 in the US, with a TBC date later in the year for the UK.

Anthony Byrne’s past credits include Peaky Blinders and Ripper Street.

The film features a stellar ensemble cast including model Emily Ratajkowski (We
Are Your Friends, Gone Girl) and Joely Richardson (Red Sparrow, The Girl with The Dragon Tattoo).

‘Blind pianist Sofia (Natalie Dormer) overhears a struggle in the apartment above hers that leads to the death of her neighbour, Veronique (Emily Ratajkowski). It is the start of a journey that pushes Sofia out of her depth and into contact with Veronique’s father, Milos Radic (Jan Bijvoet), a Serbian businessman and alleged war criminal accused of committing acts of genocide during the Bosnian war, who is now living in London under political asylum.

Blind to the truth, Sofia risks her life in search of answers, and is plunged into a shady underworld of corruption, violence and blackmail.

As secrets from her own past become intertwined with Radic’s inner circle of deceit, Sofia’s own agenda is revealed, as she hunts for revenge.’

Natalie Dormer has been a huge fan-favourite after her role in Game of Thrones and has a huge fan-following now, so this new venture into teh world of writing should be a huge hit among her legion of fans.

Check out the trailer for In Darkness below;