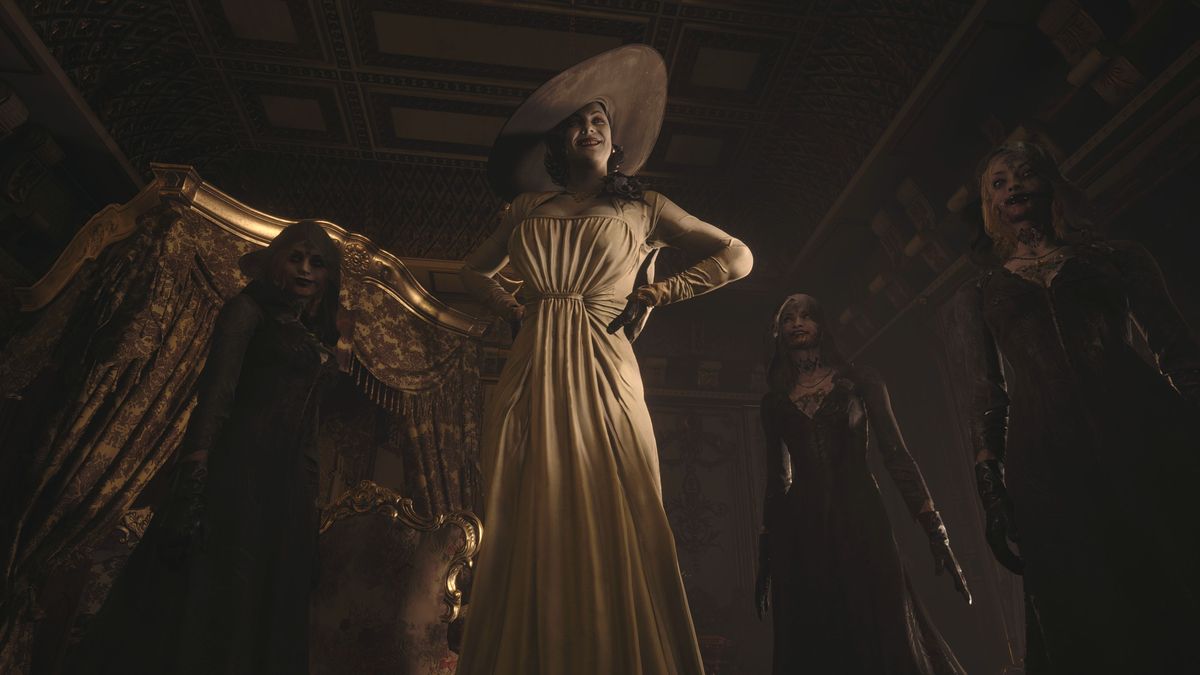 Resident Evil Village continues the story of Ethan Winters, first set in motion in Resident Evil 7 biohazard. The latest entry combines pulse-pounding action with signature survival horror gameplay synonymous with the Resident Evil series. In a recent video, we got an extensive look at gameplay, the development team revealed several new details including some features which harken back to fan-favourite elements from previous Resident Evil games.

Protagonist Ethan will now be able to purchase and sell items, buy recipes for crafting, and customize weapons with a merchant dubbed “The Duke.” Using materials found throughout the game, he will be able to craft invaluable consumables needed to survive the terrors of the village. Utilizing these provisions will also involve more strategic planning, with a revised inventory system based on space management that may be familiar to series fans.

Watch the latest showcase video below:

Ethan will face off against many threats such as fast-moving creatures that relentlessly stalk him and Lady Dimitrescu’s mysterious daughters who can transform into swarms of insects. The game’s disparate lineup of adversaries will have their own distinctive ways of attacking, so players will need to adapt their strategies with quick decisions on when to attack, guard or flee in order to survive. Ethan has a new kick move in his arsenal to create distance from enemies and buy precious time to decide his next move.

n celebration of the Resident Evil franchise’s 25th anniversary, which kicks off in March 2021, Capcom announced Resident Evil Village will include access to a free multiplayer experience titled Resident Evil Re:Verse coming to PlayStation 4, Xbox One and PC. PlayStation 5 and Xbox Series X|S players can access the game through backwards compatibility. This thank you bonus to fans features striking comic-style visuals and sets popular Resident Evil characters against each other in four to six-player deathmatch battles in iconic Resident Evil locations.

Resident Evil Village will be available worldwide 7th May, 2021 on PlayStation 5, Xbox Series X|S and Steam, alongside the newly revealed PlayStation 4 and Xbox One platform options.

In this article:Capcom, Resident Evil Village