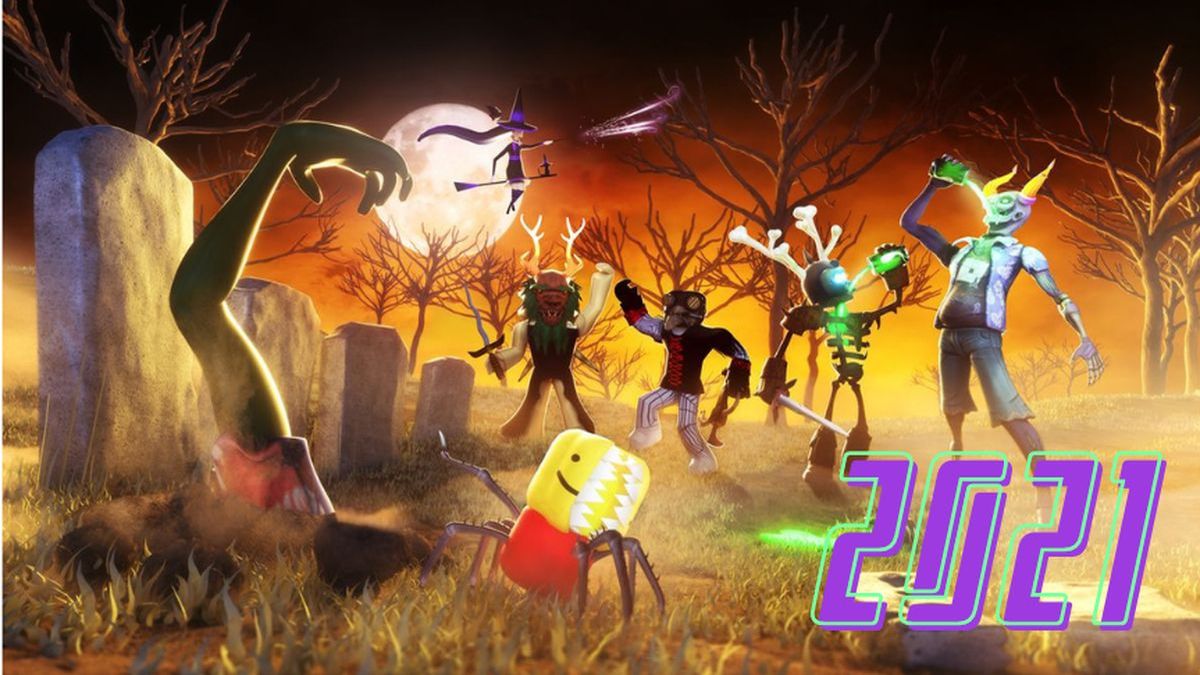 In 2017 I went on a hunt for spooky games on Roblox. There were 10 games on that list, all of which had a spooky feel, some of them being downright frightening. I’ve decided to update my list to see if any other games have made it onto the list. I’ve also removed a few that don’t really have a -player base anymore.

Stop it, Slender by Kinnis97 has to be the scariest game I’ve played in Roblox so far. The premise of the game is simple. Of the group of players, one is chosen to be Slenderman, the others are citizens. The citizens have to find eight pages of a journal that are scattered around the maps. Slenderman has to stop them.

The maps are creepy and full of jump scares, I almost fell out of my chair the first time I caught a glimpse of Slenderman. All it takes to kill you is to simply look at Slenderman for too long and your health drops at an alarming rate when you do. Stop it Slender is best played in a dark room and with headphones on to get the full effect.

View the Stop it, Slender trailer below:

The Maze by Hyper Slica is a survival horror game which takes place in the titular maze. The maze in question is a cave system which takes you deep underground with nothing but a flashlight. Monsters roam these caves and their only desire is to kill any intruders.

You’ll need to keep your wits about you as you explore the caves looking for items to help you survive. The game is still in development and as of yet there is no ending but the developer is very active and is promising some big surprises in the near future.

Watch some gameplay in the video below:

The Rake by RVVZ is a very scary game indeed. The objective is simple, you must survive until daylight. Whilst this might sound easy the Rake is out there somewhere in the dark and is hellbent of tearing you apart limb by limb. The lighting and sound in The Rake are very atmospheric and will have your heart pumping in no time.

Watch The Rake trailer below:

Next up we have Bear by Cheedaman. Bear is a game for 10 players, one of them plays as Bear with the others playing the role of survivors. Bear’s aim is to kill the survivors within five minutes and the survivors, well they just have to survive. Bear moves slightly faster than the survivors giving him a slight advantage but the survivors have a limited amount of sprinting available to get them out of sticky situations.

The levels are very spooky and dimly lit, this combined with the excellent soundtrack makes the game very eerie indeed. Even if there wasn’t a killer bear chasing after you the environments themselves are enough to give you the willies.

View some Bear gameplay in our video below:

Piggy by MiniToon has grown massively in popularity over the last year or so and there are regularly over 20,000 people playing at any one time. The aim here is to escape the area by finding various items to unlock doors and solve puzzles. Whilst this sounds simple there will a murderous pig roaming the map who’s only desire is to murder the players before they can escape.

As the game has grown in popularity, lots of new levels and game modes have been added, plus the developers have really invested in the storyline too.

Dead Silence by DoomX10 is very creepy indeed. You can play solo or with up to three other players as you investigate a mysterious murder. To set the scene here’s the start of the story taken from Fandom.

“Jamie Ashen and Lisa anonymously receive a ventriloquist doll as a gift. Billy goes out to pick up some dinner while Lisa stays home and plays with the doll.

When Billy returns, he finds Lisa dead with her tongue carved out. Inside the ventriloquist’s box is a message about a “Mary Shaw,” a dead ventriloquist from Raven’s Fair. Unravel the mystery of Mary Shaw in Dead Silence.”

Watch Dead Silence in action in the video below: