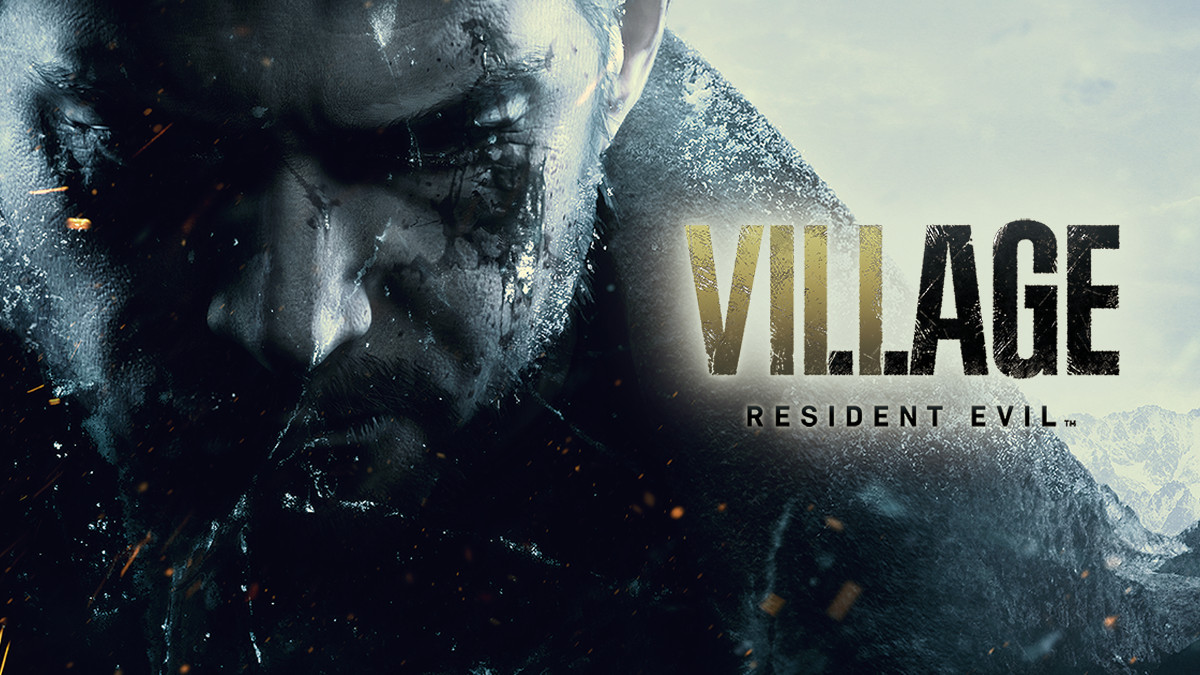 I’m pretty sure I wake up and say to myself “I like new Capcom”, about three times a week, so without sounding like a broken record, new Capcom is great! Resident Evil Village is their next mission statement and with the swap from zombies to vampires and werewolves, let’s see if Capcom can keep the streak going.

WARNING: Spoilers for Resident Evil 7 below.

Resident Evil Village takes place not too long after the seventh game and makes the ‘Save Mia’ ending the canonical choice. Ethan Winters and his wife Mia have taken refuge in Europe, under the watchful eye of Chris Redfield. They’re enjoying a nice meal, promptly interrupted by their baby daughter. The couple has been working hard to move past the traumatic events of the Baker house. The evening is ruined when the house is attacked by armed assailants and Ethan wakes up in a strange village to find his wife and daughter missing.

You can probably guess the village is the village and you’d be right. The opening does a great job in cementing the Winter’s as worthy Resi characters. Despite being a bland character, Ethan and his plight are interesting enough to keep the player invested. The opening sections of the game have Ethan explore this village and meet the inhabitants devastated by the presence of werewolves and the omnipresent Mother Miranda. This is such a strong opening and after a short sequence, Ethan is taken by Miranda’s underlings and introduced to his adversaries.

The game goes from a creepy horror to a campy one and that’s not necessarily a bad thing. The first underling Ethan has to face is Alcina Dimitrescu (the big vampire lady we all love) and exploring her castle is peak Resident Evil. She is a menacing threat, as she stalks the halls and her daughters act as sub-bosses and…….it’s over. No I mean, the daughters are done within seconds of meeting them and the whole castle sequence lasts two hours at most. Okay, there’s one missed opportunity, I can let that slide.

Boss number 2 and 3 are dispatched in what feels like five minutes and the final underling gets a bit more care as you explore his huge factory, and he becomes a very interesting enemy. Something doesn’t feel right here though, outside of a few scraps of paper, everything feels flat. After dispatching the final underling, the story seems to actually begin but the genre switches once again. If you thought the early game was action-heavy, you’ve seen nothing yet. Thankfully, this change works and there are quite a few interesting revelations and the final stinger opens up for an interesting sequel. I just don’t understand what happened here, it’s definitely not bad but a huge opportunity has been missed.

Gameplay-wise, if you played Resi 7, there you go. The first person perspective is back, crafting is back, the slightly awkward shooting is back. Everything works very competently and the exploration is back and, yeah, it’s brilliant. It’s not a secret to say Village is more action-heavy than previous entries and it works quite well, it has a feel of classic Resi with a faster pace but doesn’t go as bananas as Resi 6.

Taking cues from the Souls series, Village is heavy on finding shortcuts and I adore this change and the biggest new system comes with the Duke. This heavyset fellow is your merchant and he buys anything you collect and sells upgrades and if you give him various meats, he’ll give you permanent upgrades. The Duke is the man! Taken directly from Resident Evil 4, the Attache Case inventory system is back and as a lifelong fan, this makes me happy indeed.

Under all these circumstances, Village is a joy to play and has the trappings of a great game and mostly hits the right notes, but there are some big missteps. The allure of vampires and werewolves amounts to nothing more than mob enemies, the puzzles are pathetically simple and the boss battles are a joke.

On a technical level, the RE Engine is just sublime. Character models are simply incredible and the level of detail is staggering. Things get a little bit messy if you look too closely, but overall the game is gorgeous. The sense of scale is also impressive, Capcom’s art team really put in the work here and the inspirations taken from Bloodborne are obvious but welcome.

Performance-wise, on PS5 with RT turned off the game hit 60fps at 4K without any dips at all, making the game feel great to play. With RT there were some dips, but it held 60fps very frequently, unfortunately, the RT is subpar though. The sound design is, yet again, excellent and the 3D Audio of the PS5 is used really well. Haptic triggers are also used well enough, although I disabled them. The musical score is somewhat understated, but it’s fine. Voice acting across the board is great when you look at it through the lens of a survival horror. It’s meant to be campy and it’s meant to be a little ‘amateur’, the voice actors nail it. Extra props to the incredibly fast loading times too, you can expect to wait no longer than 2 seconds at any point.

So, where do I stand on this title? I’m really disappointed in many ways. Resi 7 worked because it explored the horrors of a family being tormented by evil and the opening of this game seems to expand that to a village but strays from that too quickly. Building up the castle to be a major part of the game and setting up the Dimitrescu’s to be the main antagonists, only to be done with them in the blink of an eye, only then to rush through the less interesting enemies is annoying. Even worse, the game steam-rolls through all the interesting finale sections at a breakneck speed.

The gameplay opens with an interesting and potentially tense exploration of a village and a castle and then devolves into mini shooting galleries. Despite all this, what the game chose to do is all done well, there is nothing bad about this game, it just could have been something far better. Capcom took a risk with these changes and while I respect that, it didn’t work for me as a cohesive whole. Yet I keep falling back to, the game does nothing wrong and is enjoyable all the way through. It’s a frustrating one, despite being only 8 hours long I do recommend this. Those looking for a good adventure, or a soft-ball horror game will love it. If you’re looking for a scary survival horror game, Village might not scratch that itch completely.

Resident Evil Village was reviewed using a digital code provided by the publisher.