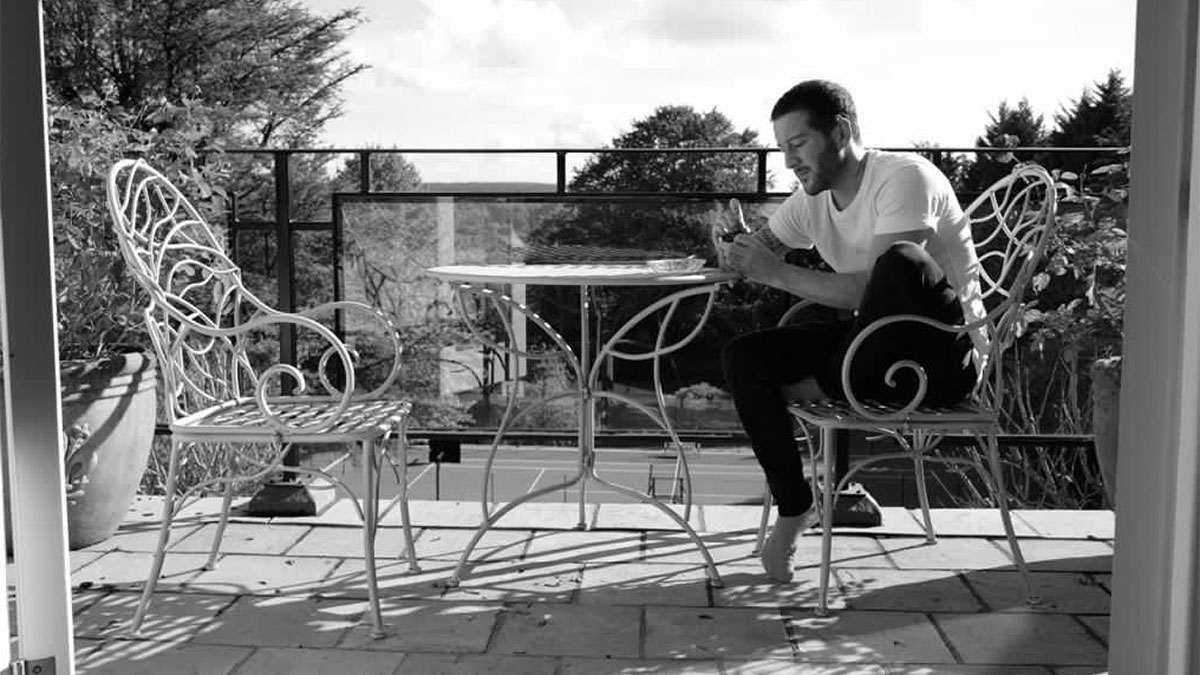 Opening up about the track, Cardle says, “Purple Crayon is a song about my struggles with addiction to Valium and the escape I found through using it. The song’s emotions are intertwined with imagery from my favourite children’s book ‘Harold and the Purple Crayon’.”

The song was written, recorded and produced entirely by Cardle in his own studio during lockdown. It shows a new approach to songwriting and a new musical direction for the former X Factor winner. 

“My previous albums have been about love and relationships, I’ve written enough about that! This time I wanted to write music that was raw and honest,” says Cardle.

The artwork for the single is an abstract painting by Aurelie Freoua.

“The idea behind it comes from my hatred for having my photos taken. For every album I’ve released there was always a big photoshoot around the cover. I thought to avoid that by working with an incredible artist that happens to live upstairs to me, we chose one of her paintings and took sections for each of the singles,” explains Cardle.

Cardle won ‘The X Factor’ in 2010 and he’s released four studio albums to date. In 2015 he made his debut in the musical ‘Memphis’ in the role of Huey Calhoun.

Advertisement. Scroll to continue reading.
In this article:Matt Cardle