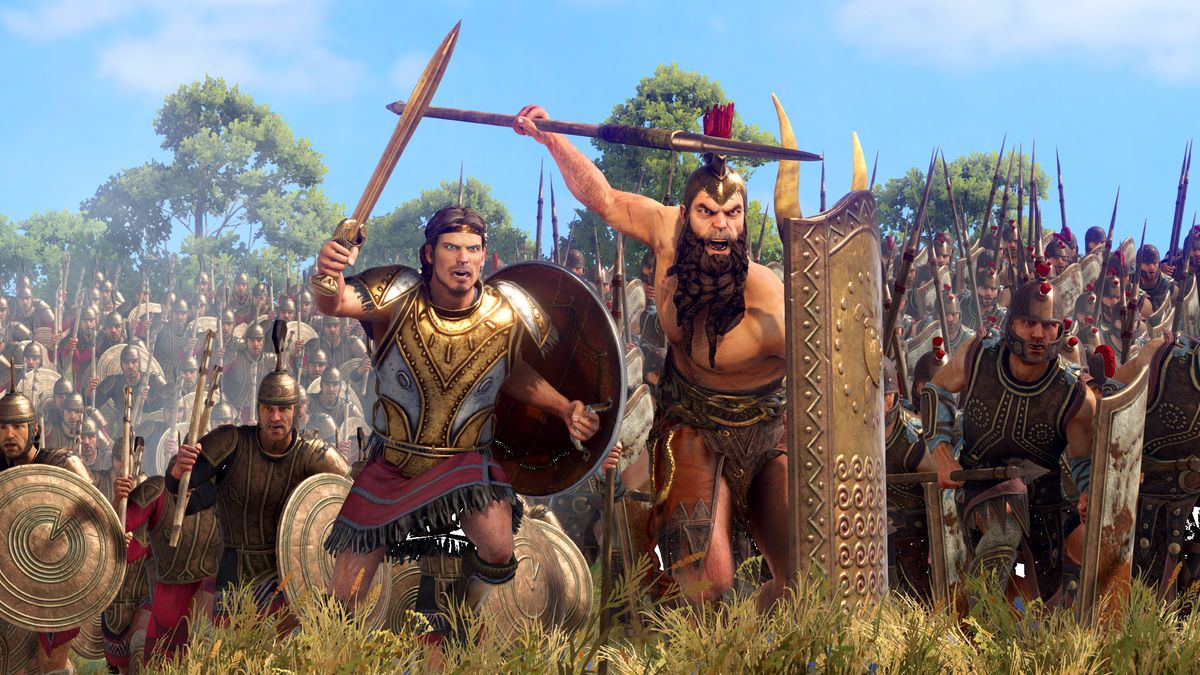 Available from 28th January, the Ajax & Diomedes Faction Pack unleashes two of the most renowned warriors from the Iliad onto the battlegrounds of A Total War Saga: Troy, both eager to rip the fabled city down to its foundations.

These formidable characters welcome in new and unique campaign mechanics, as well as a multitude of era-inspired warriors, veteran paragon units and more.

Ajax the Great is the shield that protects the Achaean Host, known for his unsurpassed strength and huge stature. His unit roster relies on slow, but very heavily equipped defensive infantry to hold the line, while his powerful missile units take advantage of protected positions.

Diomedes – the King of Argos – is a veteran in the ways of war and has used his martial might to establish Argos as an exceedingly powerful city, second only to great Mycenae. His unit roster is specialized in crushing attacks with well-rounded axe and sword infantry, combined with quick flanking units from surprising locations.

The Ajax & Diomedes Faction Pack also introduces free content for all players of A Total War Saga: Troy. This includes access to Hephaestus the god of blacksmiths and volcanoes, and the Divine Craftsman Epic Agent.

Details on Ajax & Diomedes can be found on the Total War FAQ.