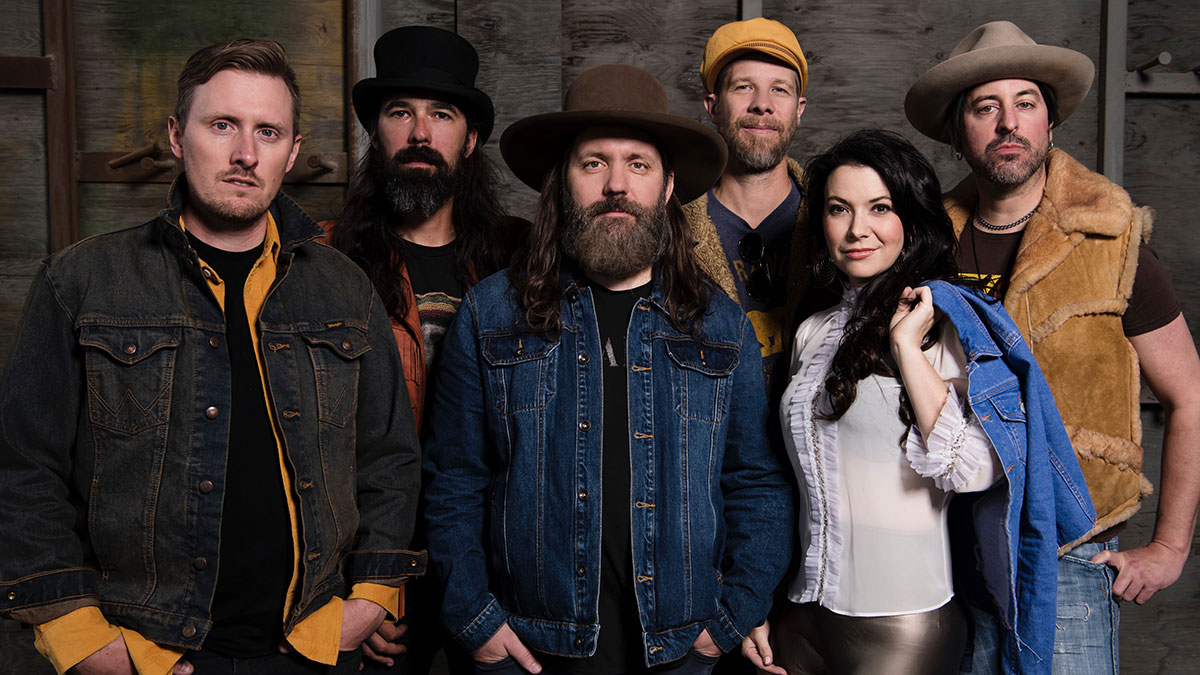 The Hello Darlins have released their Christmas-themed EP ‘Heart in the Snow’.

Out now on digital platforms and as a physical CD, the EP features four songs from the Calgary-based roots rock collective. The idea for the EP came together over the summer as a response to the constant negative news surrounding the COVID-19 pandemic.

Band co-founder and vocalist Candace Lacina explains, “To us, Christmas is about our connection with loved ones. There’s also something peaceful, comforting and familiar during this time of year. It’s a time of looking back and wishing others well, but the true magic lay in memories of experiencing everything with a child-like spirit.”

That notion is embedded in the title track, which began as an instrumental by two other principle Darlins, keyboardist Mike Little and guitarist Murray Pulver. However, it took on new life when Candace crafted lyrics inspired by thoughts of her children’s earliest Christmases.

The Hello Darlins are due to release their debut album ‘Go By Feel’ in 2021. It will feature ‘Still Waters’ featuring Matt Andersen, ‘Catch That Train, and ‘Aberdeen’ featuring Joey Landreth.

The concept of The Hello Darlins first took shape back in 2016 when Calgary-based Lacina and Little (also known as MFL), crossed paths again after first meeting at a recording studio six years earlier. Upon reconnecting, they soon found themselves making music together in between their work with other artists, an impressive list that ranges from Shania Twain to Charlie Major, The Road Hammers to George Canyon as well as the late B.B. King.