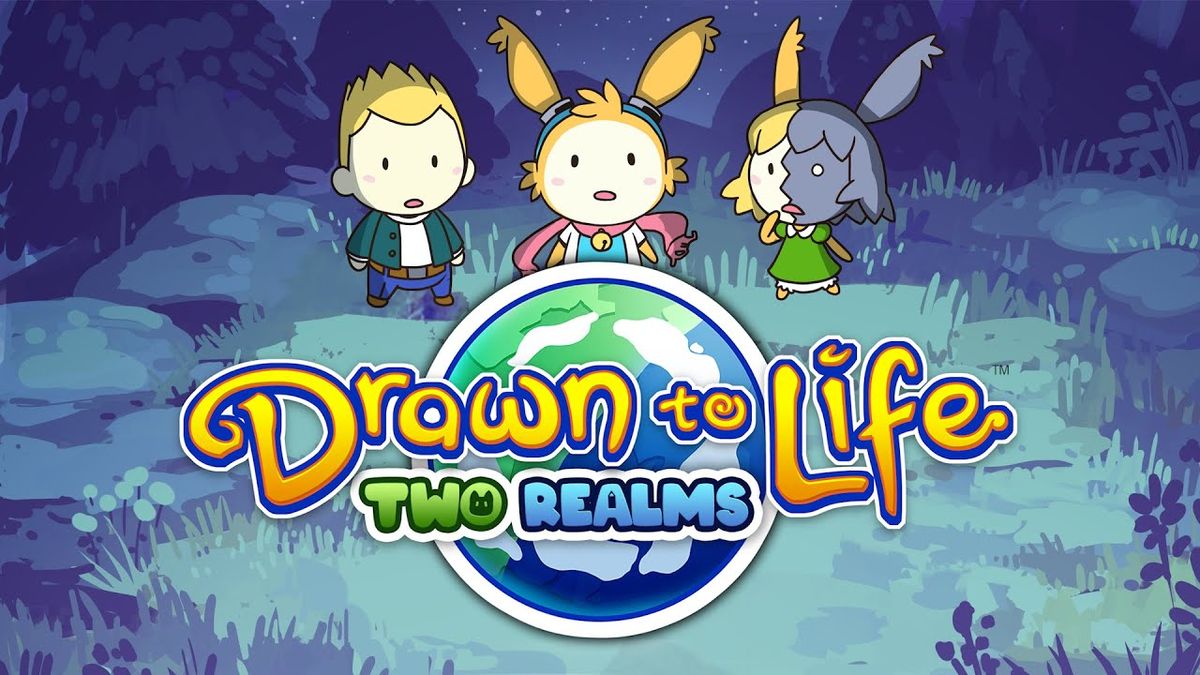 Over 11 years since the last entry in the Drawn To Life franchise, 505 Games and Digital Continue are getting ready to release the third instalment. Drawn To Life: Two Realms is heading for PC (Steam), Nintendo Switch and Mobile (iOS/Android) on 7th December. I’ve been checking out the PC build of the game for this preview.

Many gamers dream of making their own video game but don’t realise the immense amount of work involved. In recent years it has become a lot easier, but it still requires an awful lot of learning. The Drawn To Life games don’t allow you to make your own games but they do let you put your art in a game and play around with the level design. I can definitely see some players taking what they learn here as motivation to make their own games.

Watch the Drawn To Life: Two Realms announcement trailer below:

It’s not essential to have played the previous games but fans will be pleased to hear that Drawn To Life: Two Realms continues the story. Players again fill the role of the Creator and are tasked by returning character Mari to bring a hero to life to help the Raposa. This hero is then controlled by you and moves between the Raposa and Human realms.

Drawn To Life: Two Realms allows you to draw the different body parts of your hero. These are then combined and animated to represent your hero in the game. If you’re creatively challenged like me the results can be hilarious but there’s also the option to use pre-made templates and stickers. Younger players in particular will get a lot out of being able to draw their own characters and then see the game bring them to life.

Once you’ve created your hero, Mari sends you off to the Human realm. Having recovered from his coma, Mike is back and it’s your job to help him. When in the different realms the action is viewed from an isometric viewpoint. When a situation arises, such as a bully wanting to steal Mike’s scooter, you must take on platforming level challenges set in the imagination of the characters. Beating the challenge lets you change the thinking of the characters. So for example, defeating the bully stops him from taking the scooter from Mike.

When in a challenge, the action shifts to a 2D perspective. Your job is to guide your hero through the small level to an exit gate. Things start of with simple jumps but eventually bring in more complexity with wall jumps, ground pounds and spin attacks. The levels feature various toys as enemies that you can defeat by stomping on them, Mario-style.

Graphically the game may look very simple and aimed at younger children but I can tell you that the difficulty definitely ramps up quickly. You soon need to really think about how to beat each challenge. While getting to the exit is your primary goal, the levels are filled with collectibles and some will have you scratching your head as to how to obtain them and exit the level.

Some levels are pre-defined but others start in a ‘build’ mode. Here you are tasked with placing the different toys in such a way that it’s possible to beat the level. For example you might need to bounce off the head of an enemy to reach a particular ledge or cross a wide gap. You’re given complete freedom on where to place the toys and it can take a certain amount of trial and error.

I’ve enjoyed my time with the first couple of hours of Drawn To Life: Two Realms and look forward to seeing more of the game as I progress. There are over 100 challenges to beat in the full game and I’m sure the difficulty will continue to climb. Drawn to Life fans will be delighted that many of the original developers have been involved in Two Realms, including the original sprite artist, composer and executive producer. I suspect many gamers who grew up with the series will be now wanting to play this new instalment with their own children.

EF Games will be bringing you a full review of Drawn To Life: Two Realms around the time the game launches on PC, Nintendo Switch and Mobile on 7th December, 2020.