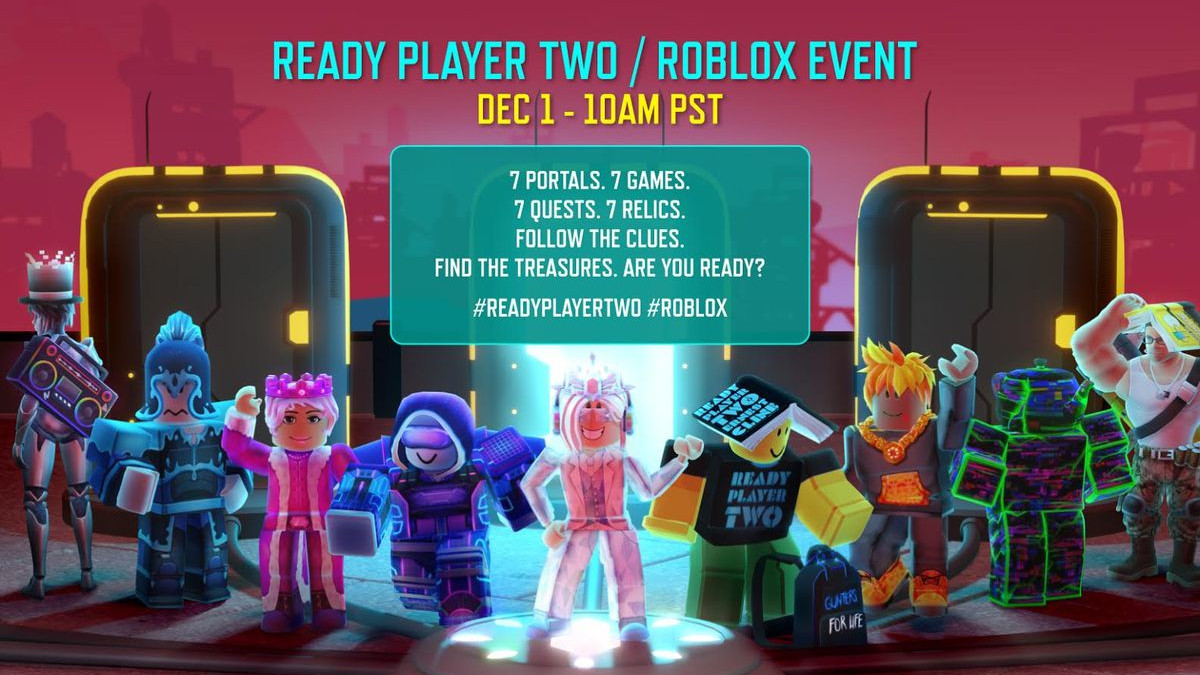 Ready Player Two is the eagerly anticipated follow up to Ernest Cline’s best selling Ready Player One Novel. To celebrate the release Cline has teamed up with Roblox to produce a first of its kind virtual treasure hunt that will take place inside the Roblox metaverse launching on 1st December.

The treasure hunt will take place over seven different experiences and those players that manage to complete the treasure hunt will receive some specially designed virtual goods. The event headlines a virtual Q&A with Cline and Dave Baszucki, the founder and CEO of Roblox.

Baszucki said, “The event we did on Roblox in 2018 for the Ready Player One movie had over 13 million people participate. I think it’s fair to say this is going to be even bigger.”

The event space is already open if you want to go exploring before the treasure hunt starts, to access it head over to the official Ready Player Two hub.