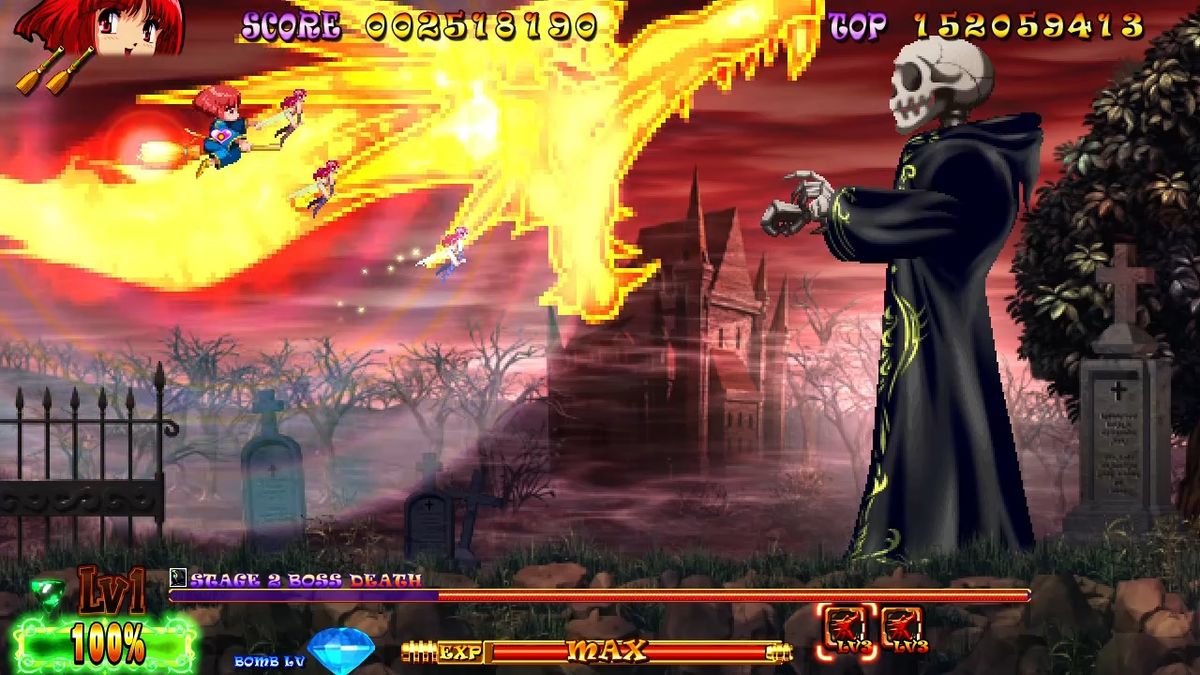 ININ Games has announced that BEEP’s side-scrolling shoot-em-up, Cotton Reboot! will be released both digitally and physically on PS4 and Nintendo Switch. The game has a projected release date of Q1/2021 in Europe and North America.

In the game, a young witch called Nata de Cotton is hot headed, immature, overreacts and rides on a broomstick, accompanied by a fairy named Silk. Cotton is crazy about candies called “Willows”. Those candies are so good that she won’t let anything get in her way to get them.

Armed with explosive firepower, a cast of cunning enemies to confront and some enchanting and beautiful graphics sees this endearing title as one that enlightens the imagination. Cotton will embark on her journey through the game’s seven amazing colourful stages with the hope that she will be rewarded at the end.

Cotton Reboot! is an updated, remastered version of the classic and iconic “cute’em’up” Cotton: Fantastic Night Dreams with brand new features and updated visual designs. The game also features 3 game modes that include the X68000 original mode that faithfully emulates Sharp’s personal computer from the 1993 version. Arrange mode features 16:9 screens, redesigned graphics and characters. In Score attack mode the player competes for scores online within a limited time (2 minute and 5 minute mode can be selected).

ININ Games will also publish Limited Editions of Cotton Reboot! Preorders for the Limited Editions are expected to start next month, while the preorder of the standard editions will follow soon after.