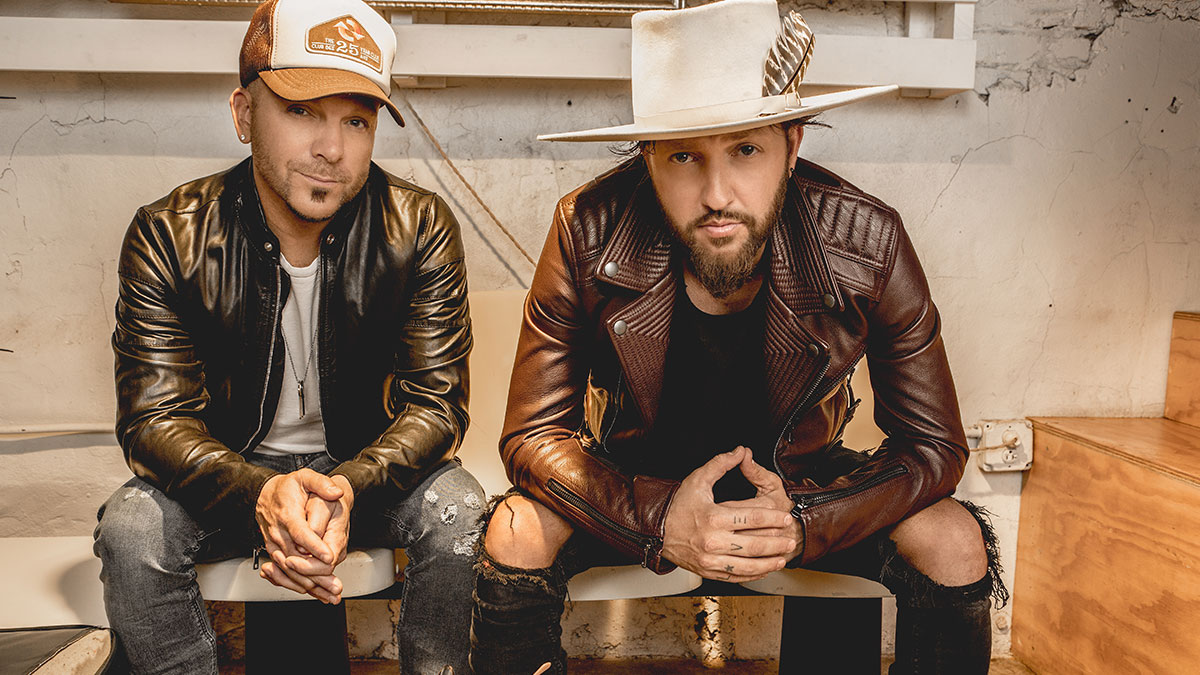 LOCASH have teamed up with sports stars The Gronkowski Brothers for new song ‘Cloud of Dust’.

The duo struck up a friendship with the brothers when they all hung out at LOCASH’s Chris Lucas’ house. The Gronks shared a video on their YouTube Channel last night which shows how the song was written and gives viewers a behind-the-scenes look at the recording of the song.

Kicking off with a banjo and a “chug!” chant, the song launches into a head banger complete with 80s electric guitar. The song offers a big more edge than we’re used to from LOCASH, who are experts at crafting party anthems, with this one taking the good times to a whole new level. Infusing landmarks from the town where Chris, Dan, Glenn, Gordie and Rob Gronkowski grew up, the song reflects the fun-loving brothers affinity for a good time and reputation for partying hard.

“I’m not sure there is a group of brothers that know how to throw down more than The Gronk Brothers—they were the perfect pick to help us finish this song,” said Preston Brust of LOCASH. “Not only did they add their infectiously, energetic golden Gronk touch to the lyrics but they also rocked some vocals on the track and made the song feel and sound like a big anthem!”

“We’ve been getting to know Rob outside of the spotlight and the touchdowns and he is an awesome guy—meeting his brothers and getting to work with them was such a fun, creative experience,” said Chris Lucas. “It was also such a natural fit to collaborate with them, because our last album is called ‘Brothers’ and it’s all about coming together and that brotherly bond.”

In this article:LoCash, The Gronkowski Brothers