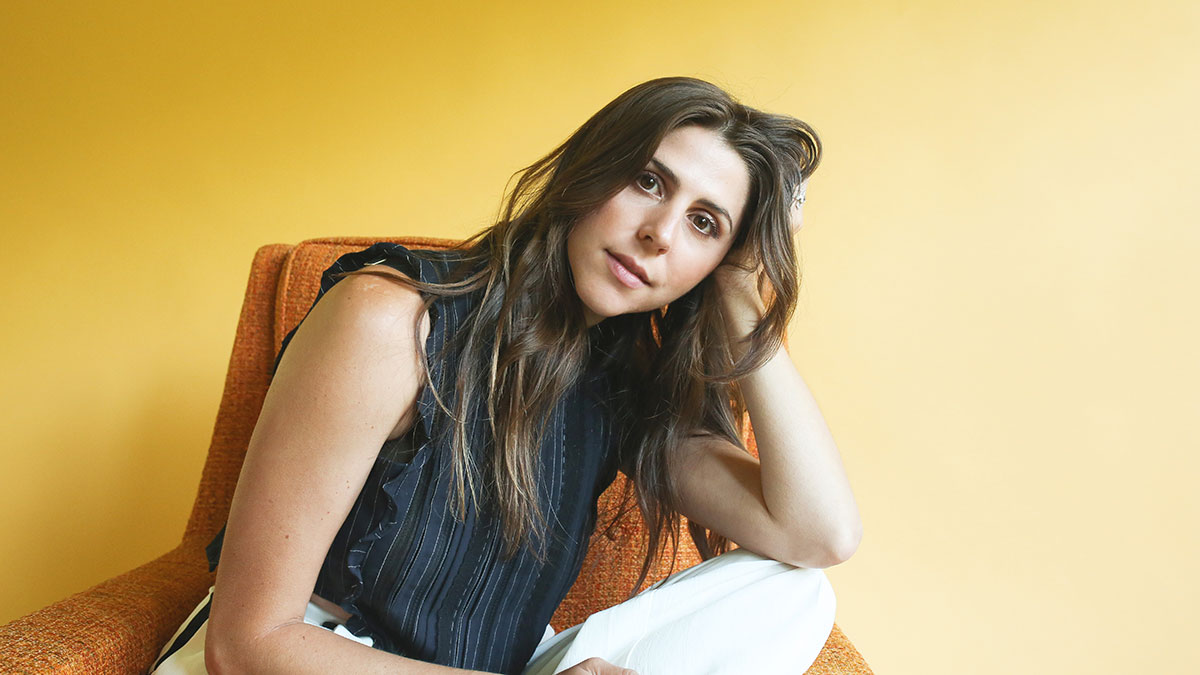 In the run-up to its release, Johnson has been releasing tracks with her most recent ‘What Would Jesus Do’ out now on streaming and download platforms. Johnson’s new music is the first time she’s had true control over her career and it was produced by Joe Pisapia.

I caught up with Jillette recently to talk about ‘What Would Jesus Do’, find out more about her new album, and to discuss her process as a songwriter…

Hi Jillette. How are you doing during this strange time we all find ourselves in?

My go-to answer for this is that I’m doing well, given the circumstances, which is true. Putting out music has been a welcome distraction from the all consuming fear and dread that 2020 has provided. But I feel sad for the world. There’s really no escaping that. I’m just trying to sit with those feelings and continue to find things to do in the day that bring me joy.

You recently released new song ‘What Would Jesus Do”. Where did the inspiration for the song come from?

I was born and raised without religion, and as a result have found myself writing about it a lot in my life, I think because it’s a mystery to me. As I’ve gotten older, I’ve adopted some spiritual practices that have helped me quite a bit, including meditation and relating to the world as an connected entity. While I still don’t identify with any one belief system, that process has helped me realize that perhaps my ways of finding meaning and coping with an ever changing world are not so different from those associated with more traditional doctrines. We’re all just balls of emotion and trauma and love, trying to find connection and some sense of peace. Pain is inherent to life, and we’re all experiencing that to the nth degree this year. However you keep yourself afloat is cool with me, I just might call it something else, or do it slightly differently.

Your new album ‘It’s a Beautiful Day and I Love You’ is coming in February. What can fans expect from it?

Ah I’m so excited! Fans are in for more electric guitar than I think anyone ever thought would come from a record of mine. I tried to keep a twinkle in my eye the whole time while writing these songs. They are about real life feelings and real life stories, but they are playful and confident, and unabashed in their delivery. I made sure to look the metaphorical and literal camera in the eye for the whole thing. You wont see a photo or hear a song from me from this album that has me shying away. No hiding on this one.

This album is your first album in four years. What’s changed during that time and what lessons have you learned?

So much has changed. So many great things. I moved to Nashville, met and married my now husband, became a cat lover, dove deeper into my artistry, as well as the business of being an artist, and stopped apologizing all the time. I have learned that the small voice I listen to when I’m writing songs is also the voice I must listen to when I’m in the studio, building a business, planting a garden, and choosing a partner. I have learned that cool doesn’t matter, except when it actually means kind. I have learned that fear ran my world for a long time, and that I can’t necessarily get rid of it, but I can work through it. Lastly, I have learned that I care more about connection than success, more about the feeling of making and playing music than what people think of it, and more about family and friendship than I thought I did.

You’ve got a lot more control in your career now than you’ve ever had. What’s that like for you and how has that impacted on this new album?

It is so empowering. It seeps through every corner of this record. I said to myself at the beginning of this thing that I wasn’t going to let anything come out until it was absolutely right. No photos, videos, and definitely no recordings. For a long time I put more emphasis on pleasing other people than making sure I was proud of what was being made, or how it was being marketed. I didn’t want to let anyone down, or waste anyone’s time or money. I’ve been giving some wonderful opportunities thanks to past business and creative partners I’ve had, but I often felt so beholden to them that it suffocated my vision of what I really wanted for my music. I’m not really sparing feelings anymore, and thankfully there’s a good deal of trust in the team I’ve assembled, so I’m safe to be honest. For those reasons, I believe this album is so far the most unfiltered representation of who I am as a person and as a musician. I feel liberated and very proud.

Give us an insight into your songwriting process. How do you typically craft a song?

Songs come in batches for me. If I’m cold, like if I haven’t written in a while, I’ll sit at the piano for hours making nothing and hating myself. But that’s just a phase, whether I remember that at the time or not. Eventually, my brain starts making notes of everything around me, and everything becomes a song. I’ll write three songs in a sitting, then go to the kitchen to make dinner, and another one will start writing itself in my brain, and I’ll get sucked back into my vortex with at least another handful of them. Those are the hardest nights to fall asleep. I literally have to take a Benadryl sometimes to make it stop. Words and music often come at the same time, but sometimes not. Sometimes a phrase will light me up. Sometimes they just come out of nowhere.

What was the hardest song to get right on this record and why?

‘Many Moons’ for sure. Easiest song to write. Hardest to get right in the studio. We spent three days tracking the whole album with the band, and that all went super well. The parts just fell out of everyone, and there wasn’t a whole lot of analysis going on. But when my producer, Joe Pisapia, and I sat with the batch to do post-production, that one just kept not settling in correctly. I think it’s because it’s more of a pop song, and there were a lot of directions we could take it. It could have leant more dance, or it could have stayed in ballad land. We tugged it around for a couple of weeks, if my memory serves me correctly. By the time we decided to stop messing with it, I was so fatigued by the process of trying to get it right that I almost couldn’t listen to it anymore. In fact, I was close to not putting it on the record. But I’m so glad I didn’t take it off, because now it is my favorite song on the album. I can’t wait for everyone to hear it. Sometimes these things just need to breathe.

What are you plans for the holidays this year?

I have no idea. Both my husband and I miss our families a lot, and the idea of not getting to see them for the holidays sounds pretty grim. But we’re both pretty cautious and not only do we not want to get sick, but we don’t want to put our loved ones at risk. I would be really surprised if things didn’t get worse by the time the cold weather sets in. So, we’re just going to take it one step at a time.

In this article:Featured, Jillette Johnson