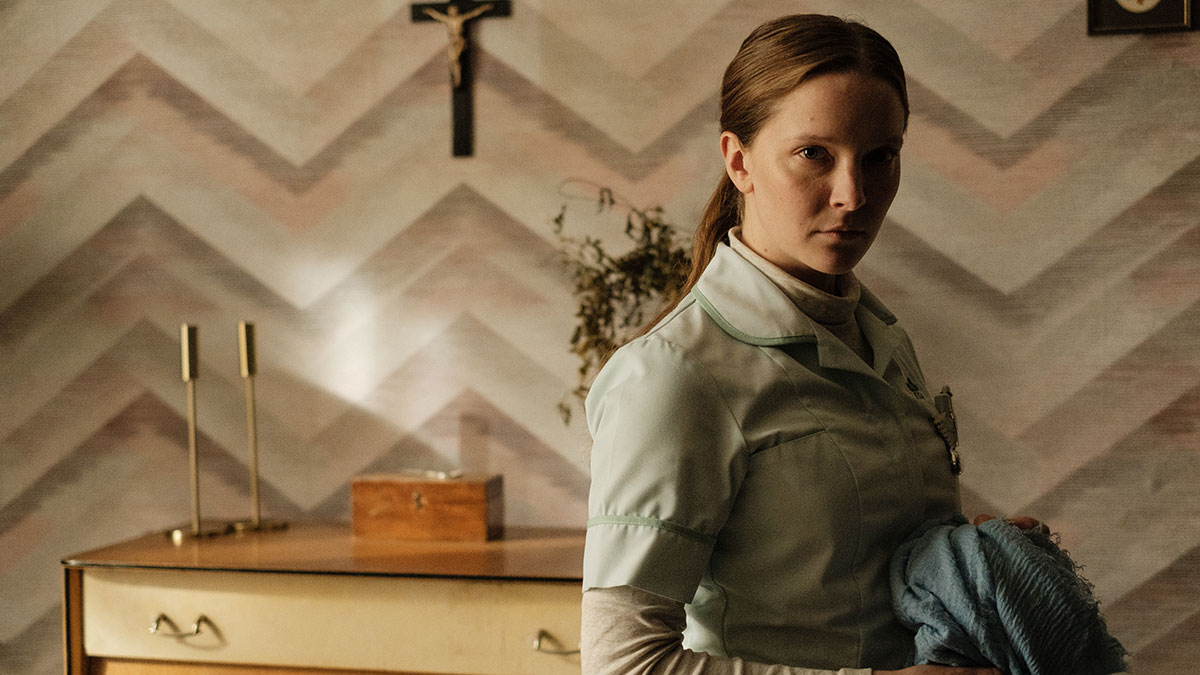 MASSIVE Cinema is bringing a preview screening of Rose Glass’ horror debut ‘Saint Maud’ to a number of Everyman venues next week.

Screening at 9pm on 6th October 2020, the film will be shown in London (Screen on The Green, Crystal Palace), Birmingham, Glasgow and Bristol.

‘Saint Maud’ stars Morfydd Clark and Jennifer Ehle. The dark psychological horror tells the story of a live-in nurse Maud (Clark), who arrives at the home of Amanda (Ehle), a famous dancer now frail from illness and trapped in her grand, isolated house.

At first Amanda is intrigued by this religious young woman, who provides distraction from her failing health. Maud, in turn, is bewitched by her new patient. But Maud is not all that she seems. As her grip on reality slides out of control, Maud’s care turns into a deadly mission to save Amanda’s soul, by any means necessary.

MASSIVE Cinema, part of the BFI Commission on UK Independent Film and funded by the BFI, awarding National Lottery funding, is a nationwide brand reaching youth audiences through a series of preview cinema screenings, celebrating British talent in front of and behind the camera.

Studiocanal will bring ‘Saint Maud’ to cinemas across the country from 9th October.