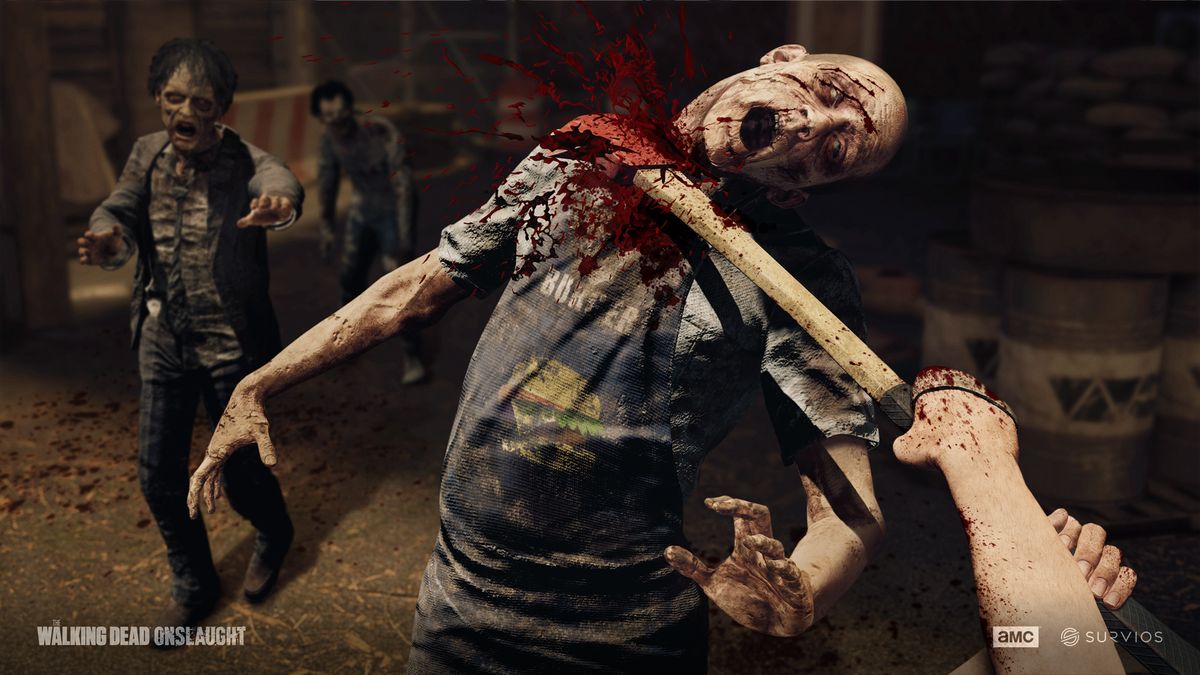 Survios Inc and AMC announced today that The Walking Dead Onslaught is now available for PlayStation VR, Oculus Rift, and Steam VR. Starting today, players can purchase and download the Standard Edition and Digital Deluxe Edition of The Walking Dead Onslaught via the PlayStation Store, Oculus Home, and Steam. The game will be compatible with the Valve Index, HTC Vive, Oculus Rift and Rift S, and gen 1 Windows Mixed Reality headsets.

Set shortly after the Savior War in an Alexandria devastated by the fighting, The Walking Dead Onslaught tells an untold story centred around Daryl Dixon (Norman Reedus). Players will slash through walkers as they recount his fateful encounter with a mysterious stranger.

This collaboration between Survios and AMC provides players with the most immersive, visceral The Walking Dead experience yet, featuring an original story written in consultation with the show’s producers, and starring the voice talents of Norman Reedus, Melissa McBride and Josh McDermitt. Players can enjoy combat freedom unlike any other as they defeat entire herds of the undead.

The standard edition contains the base game that offers the complete The Walking Dead Onslaught experience, featuring an original campaign story and a thrilling Scavenger Mode where players can unleash mayhem upon massive walker hordes.

The digital deluxe edition contains the base game and digital items for the most staunch The Walking Dead fans, such as the Iconic Weapons skins pack containing Lucille, Rick’s Mace, The Red Machete and Tyreese’s Hammer, as well as the Alexandria Crafting Starter Kit and The Walking Dead Onslaught Digital Mini-Soundtrack and Art Book. Purchases via the PlayStation Store will also receive a special PS4 Theme and Avatar pack.