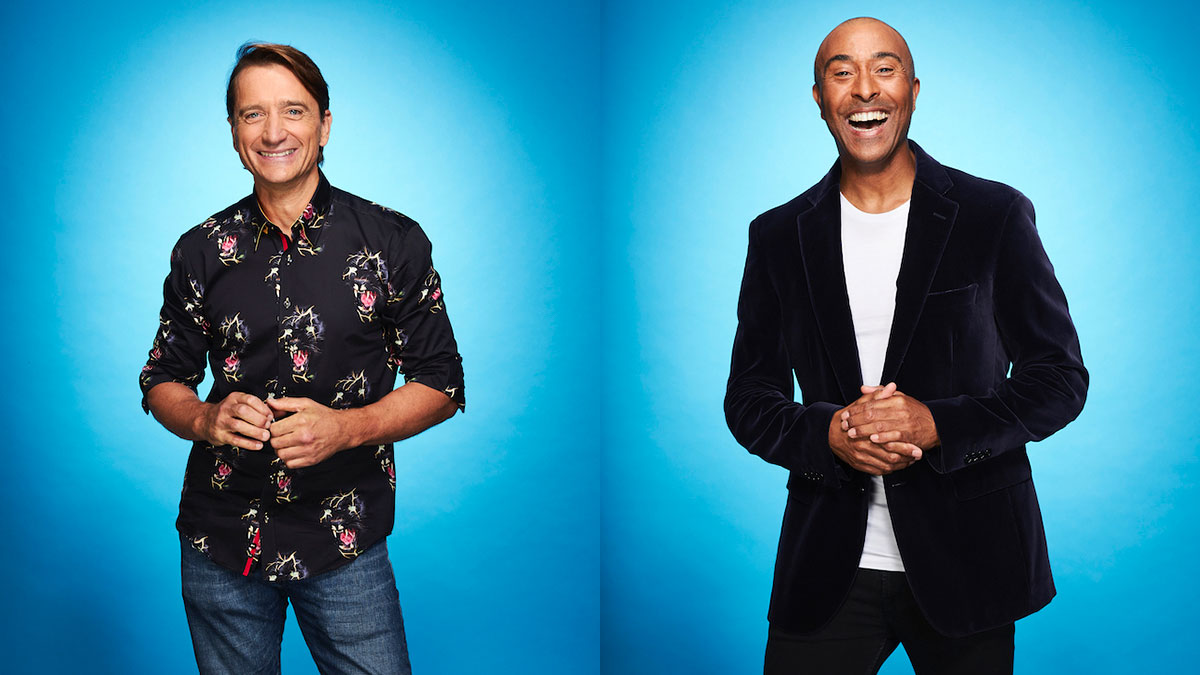 Olympians Graham Bell and Colin Jackson CBE are the seventh and eighth celebrities confirmed to take part in ‘Dancing on Ice‘ 2021.

The two sportsmen appeared live on ‘BBC Breakfast’ this morning to confirm the news that they will be joining the competition alongside the previously announced Myleene Klass, Joe-Warren Plant, Denise Van Outen, Faye Brookes, Jason Donovan and Sonny Jay.

Talking to hosts John Kay and Sally Nugent, five time Olympic skier Graham Bell said: “Ice doesn’t scare me, it’s the dancing whereas I know you can dance, Colin.” He admitted the extent of his dancing experience was confined to “dancing on tables, wearing ski boots in après ski. It’s not graceful and elegant!” He joked that Colin might be so competitive that he thinks “Colin’s probably called up Katrina Witt and flown her over from Germany and hired her as a private coach!” The two sportsmen know each other well and Graham said he knows “Colin is an excellent pupil because I actually coached him on Ski Sunday in 2007 and he’s one of the trainees that takes on information so well.” Whilst he no doubt believes Colin to be a big contender, the seasoned skier did admit that the “transferable skills of edge control, balance” in his sport would be useful on the ice.

Colin Jackson CBE said: “The first thing for us all is to get used to our boots. I don’t know if you’ve tried ice skating boots but they are pretty tight so we’ve got to get our feet in there and start getting used to balancing on them. We won’t get onto the ice fully until the middle of October.” He added, “I can do a little bit of skating. I think with sport in itself you’ve certainly got a bit of balance and that will be transferable in this circumstance. How much dancing we’ll do, who knows?! We’ll see how the choreography goes.” Colin went on to say “I’m going to try and that’s the most important thing. You go out there, you enjoy yourself and you learn a new skill and to hone the skill of skating will just be a huge, huge plus. I’m looking forward to it.”

Presenter Sally Nugent asked the two who they thought might be strong competition in the 2021 line up that she said “has got to be one of the best in recent times.” Graham responded that “Jason Donovan is obviously a big performer” and Colin added “Denise Van Outen can dance, she’s obviously been in musicals.”

More celebrities will be announced for the new series in due course.