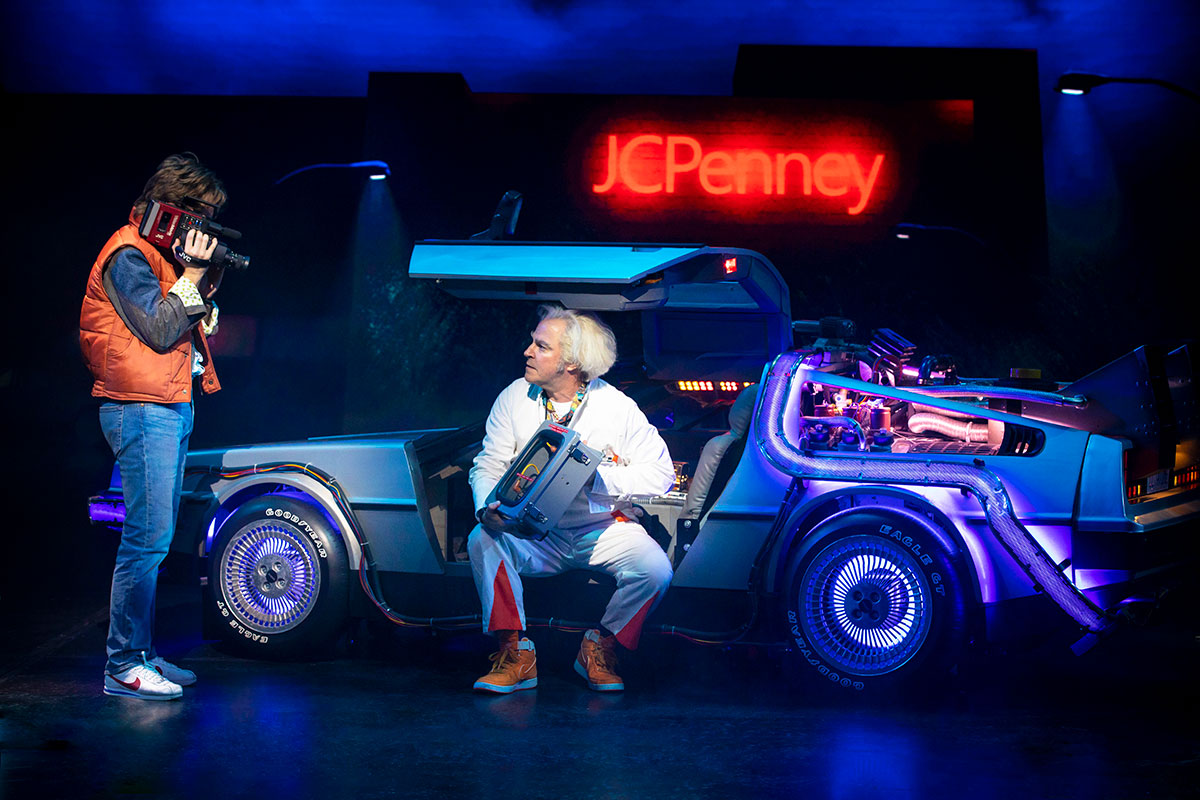 ‘Back To The Future The Musical’ will open at the Adelphi Theatre in London’s West End in May 2021 following its curtailed run at Manchester Opera House in March this year.

Previews will begin on 14th May and Roger Bart and Olly Dobson will reprise the roles of ‘Dr Emmett Brown’ and ‘Marty McFly’ respectively. Also returning are Hugh Coles as ‘George McFly’, Rosanna Hyland as ‘Lorraine Baines’, Cedric Neal as ‘Goldie Wilson’, Aidan Cutler as ‘Biff Tannen’ and Courtney-Mae Briggs as ‘Jennifer Parker’. Further casting to be announced.

Christopher Lloyd, the original Doc Brown, said, “I’m delighted that ‘Back To The Future The Musical’ will be up and running in London in mid-May. I’ve heard nothing but great things about the show’s run in Manchester, so I’m excited to finally see it for myself. I’ve already heard some of the new songs and met many of the cast members, particularly Roger Bart who plays Doc, so I’m confident the stage version will be exactly what our fans have been hoping for. And, Great Scott — I can’t wait to hear Doc Brown sing!”

Bob Gale said, “Bob Zemeckis and I are over the moon to finally be opening ‘Back To The Future The Musical’ in the West End at the historic Adelphi Theatre, and we can’t wait for audiences to experience our show.  I promise, everyone will be delighted with how we’ve translated the movie to the stage.  We’ve got all your favourite songs from the movie, and over a dozen news ones, brought to life by an incredible cast, along with some groundbreaking stagecraft, which we firmly believe raises the bar for production design and illusion.  You will be convinced that the DeLorean really does go 88 miles per hour!  I personally cannot wait to get back to ‘Back To The Future’ in such a fabulous venue!”