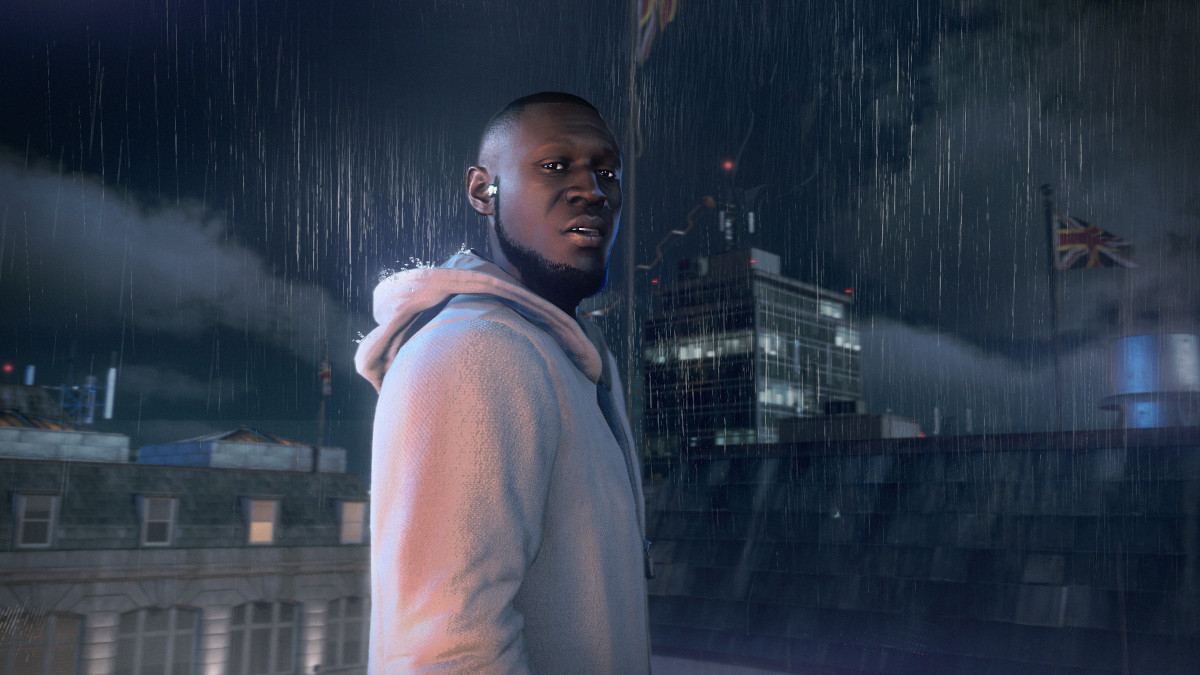 At Ubisoft Forward last night, the company gave a look at the recruitment process in Watch Dogs: Legion (which you can watch above) and unveiled new content that’s coming to the game. The game is an incredibly ambitious title and if Ubisoft can deliver on what they’ve promised it looks like we’re in for something truly special.

The first big announcement was an exclusive collaboration with award-winning British musician Stormzy. They played a video teasing Stormzy’s involvement in the game. It featured behind the scenes footage of his brand new music video Rainfall which will be part of a special ‘Fall on my enemies’ mission available at launch in Watch Dogs: Legion.

Second, Ubisoft announced the return of an old friend, Aiden Pearce, who is playable as part of post-launch plans. Watch Dogs fans will remember him from the first game. A whole new chapter dedicated to an older Aiden Pearce will be available in the Season Pass.

In the near future, London is facing its downfall: an all-seeing surveillance state is oppressing the people, private militaries control the streets, and a powerful crime syndicate is preying on the vulnerable. The fate of London lies with you and your ability to fight back.