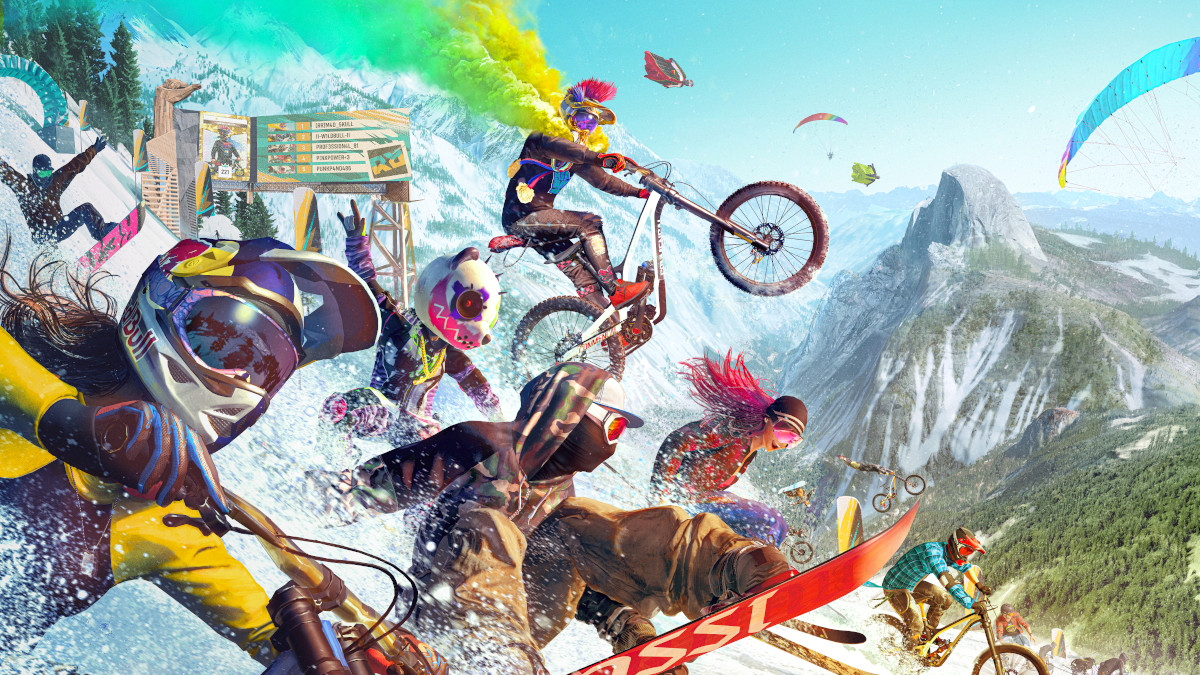 Last night, Ubisoft announced a new IP called Riders Republic which is a massive multiplayer outdoor sports playground. The game is set to release worldwide on 25th February, 2021 on PS5, PS4, Xbox Series X, Xbox Series S, Xbox One, Stadia and Windows PC, exclusively on both the Epic Games Store and the Ubisoft Store. The game will also be available on UPLAY+, Ubisoft’s subscription service. Players who purchase Riders Republic on Xbox One or PS4 can upgrade their game to the next-gen version at no additional cost.

Riders Republic looks to be an absolutely mental mix of Steep and Trials. Meet and compete with other players, ride hard with an exciting range of activities such as bike, ski, snowboard, wingsuit and rocket wingsuit.

Live out the rider’s fantasy as you roam free in a huge, vibrant open world, always buzzing with other players around you. Immerse yourself in iconic American national parks including Bryce Canyon, Yosemite Valley, Mammoth Mountain… all mashed up for you to shred!

Squad up with your friends and compete in a wide range of multiplayer modes: feel the rush of downhill races, dominate maps in team vs team competitions, or give it your best shot in epic mass PvP races with more than 50 other players on next-gen consoles & PC. Players on Xbox One and PS4 can expect more than 20 other players.