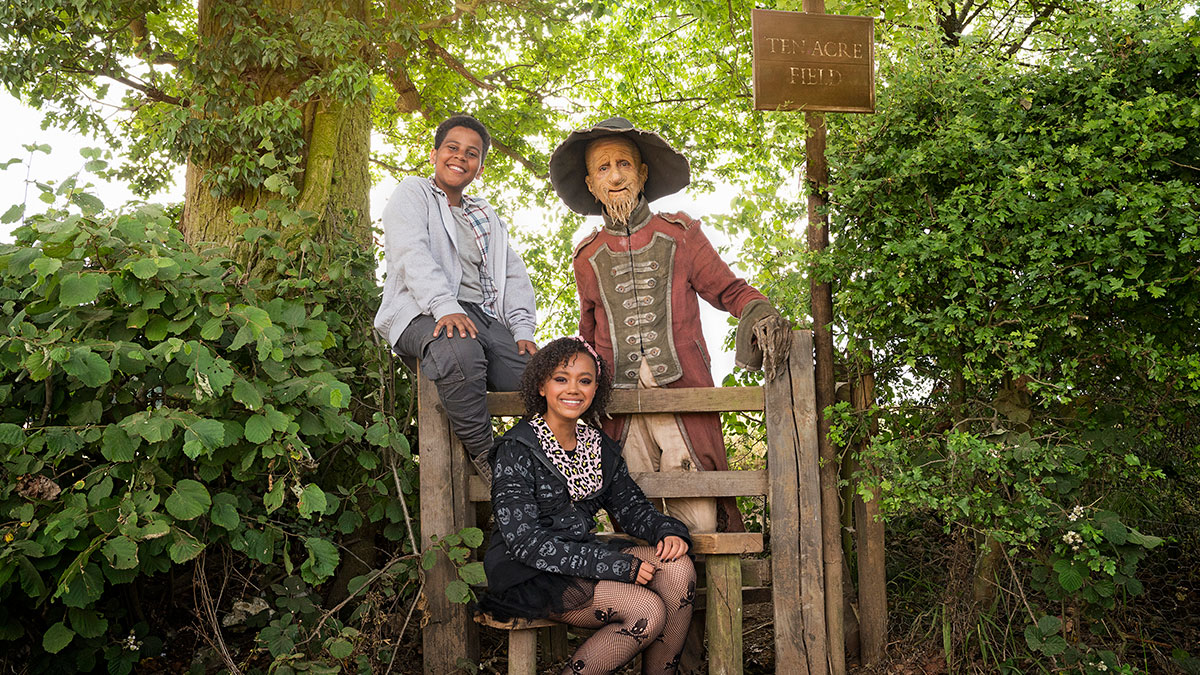 ‘Worzel Gummidge‘ will be returning to BBC One later this year for a new one-hour film it has been confirmed.

Following on from the well-received reboot that aired in 2019, the new film ‘Saucy Nancy’ has been written by Mackenzie Crook and inspired by the classic books by Barbara Euphan Todd. Crook will star in the film and direct it.

When Worzel Gummidge, Susan and John visit a scrapyard, Worzel overhears the grumbling of a foul-mouthed old friend, the carved ship’s figurehead, Saucy Nancy.  She has been languishing, unsold in the yard for years and longs to return to the sea. Worzel and the kids promise to get her there but will her ship be waiting?  Worzel doubts it, but Nancy is convinced.  She can feel it in her carvings.

Adventure unfurls, as the strange foursome navigate their way to the coast on foot, by bus, wheelbarrow, motorbike and sidecar.  It was never going to be straightforward.  In a rare trip out of Scatterbrook, Worzel gets to see a wild moorland and the spectacular white cliffs of Seashell that provide the back drop to this story of friendship and belonging.

Mackenzie Crook says: “I’m excited and grateful to be making a new episode of Worzel Gummidge after a difficult year for everyone. We’re heading out of Scatterbrook for this story, on a day trip to the seaside, some fresh air and some wide open space.”

Shane Allen, Controller Comedy Commissioning for the BBC added: “What is it with Mackenzie and shows set in a field? Following on from last year’s bucolic eco-fables we find Worzel in mischievous form dispensing his sun-baked wit and wisdom in another heart-warming tale. This cements BBC One’s unique reputation as the home of UK family comedy drama.”

In this article:BBC One, Worzel Gummidge