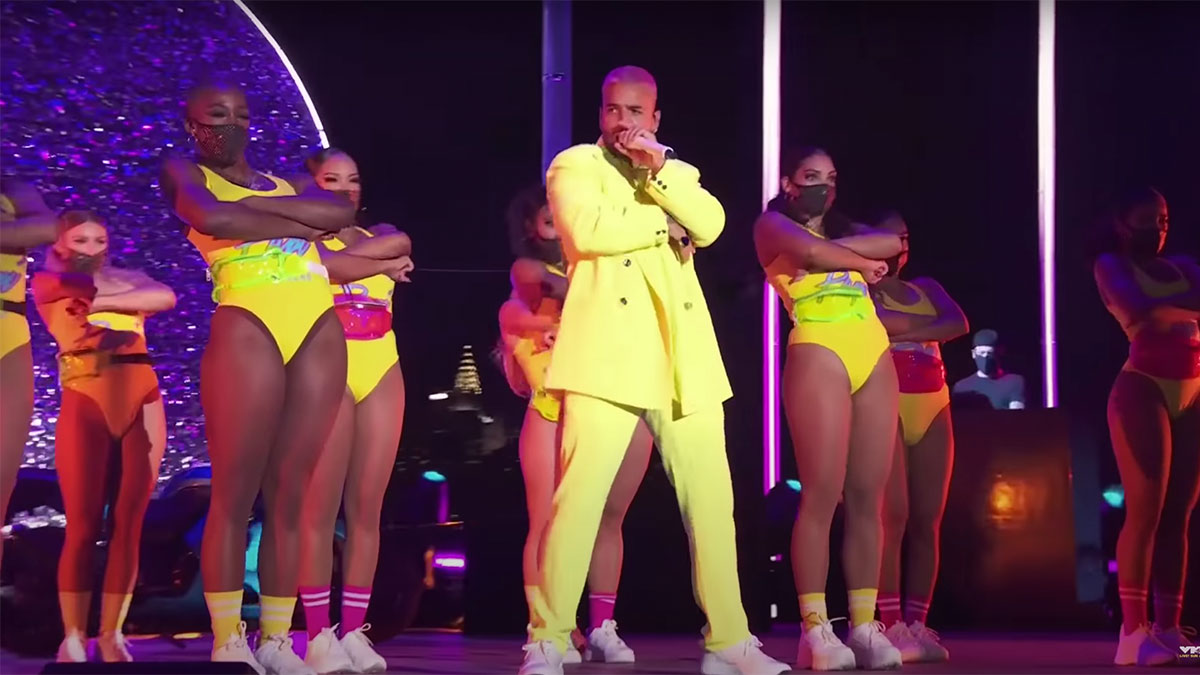 The MTV VMA Awards 2020 took place last night and it was a very different affair to normal.

Due to the pandemic the event was socially distanced and it aired from New York City, using a mixture of studio sets and video screens with audience members attending in their cars. Keke Palmer ('Scream Queens') hosted the extravaganza, which featured performances from the cream of the music industry including Lady Gaga, Ariana Grande, CNCO, Maluma, Doja Cat and more.

Lady Gaga reigned supreme with 5 wins including 'Artist of the Year' and 'Song of the Year' for her Ariana Grande collaboration 'Rain On Me'.

We've picked our five favourite performances from the night so keep reading to find out who made the cut...

While we’re not sure about the flashing cod-pieces (what were they about?), we loved the Black Eyed Peas’ high-energy performance of ‘Vida Loca’ from their new album ‘Translation’. Tyga appeared on stage with the group and Nicky Jam was beamed in on a huge video projection screen. The group ended their performance with their anthem ‘I Gotta Feeling’ complete with an alien abduction.

Prev1 of 5Next
Use your ← → (arrow) keys to browse
In this article:Ariana Grande, Black Eyed Peas, BTS, Maluma, Miley Cyrus