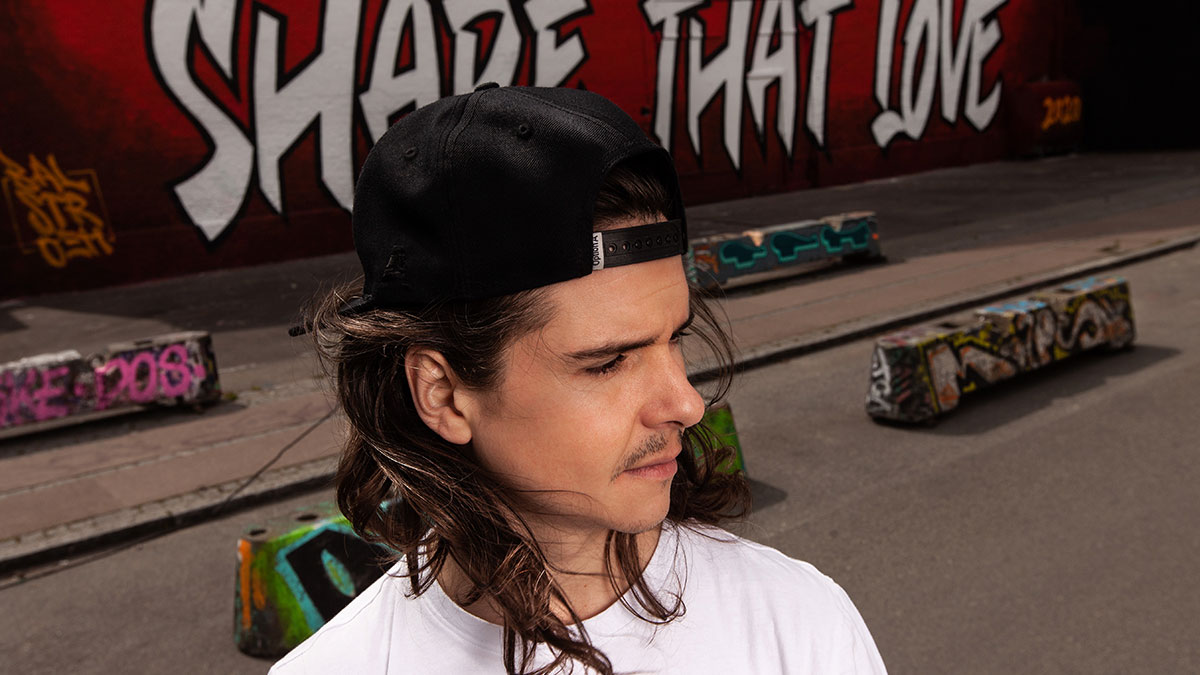 Lukas Graham has collaborated with G-Eazy for new single ‘Share That Love’, which is out now via Warner Records.

The song is produced by long-term producer Rissi (Kygo, Julia Michaels) and is accompanied by a time-lapsed lyric video created by acclaimed Copenhagen street artist Rasmus Balstrøm, who painted a massive ‘Share That Love’ mural at a landmark music venue in Lukas’ hometown of Christiania, Denmark.

“I grew up in a neighbourhood where if you had something, you shared it. The place is called Christiania. It’s an old army base that got squatted in 1971. The community operates from the concept that nobody owns their house and that you can do what you want, as long as you don’t inhibit others from doing what they want. For all the upsides to living in Christiania, there was also trouble with the police, or issues with gangs in the city.

I’ve tried to embody all of that in this song, and when I listen to it I’m reminded of some of the ways our community has really come together, like all the great parties we’ve thrown, or the huge protests where we’ve marched against the government threatening to evict us from Christiania. In these troubling times, I guess it is more important than ever to share what we have, especially your love.”

Graham recently exceeded 6 billion streams worldwide following ‘Love Songs’, ‘Scars’ and last year’s ‘Lie’. ‘Love Someone’, from 2018’s ‘3 (The Purple Album)’, has been streamed more than a billion times and has been certified 18 x Platinum across multiple continents.

He made his global debut with his 2016 self-titled album, which featured the huge global hit ‘7 Years’.

Advertisement. Scroll to continue reading.
In this article:G-Eazy, Lukas Graham