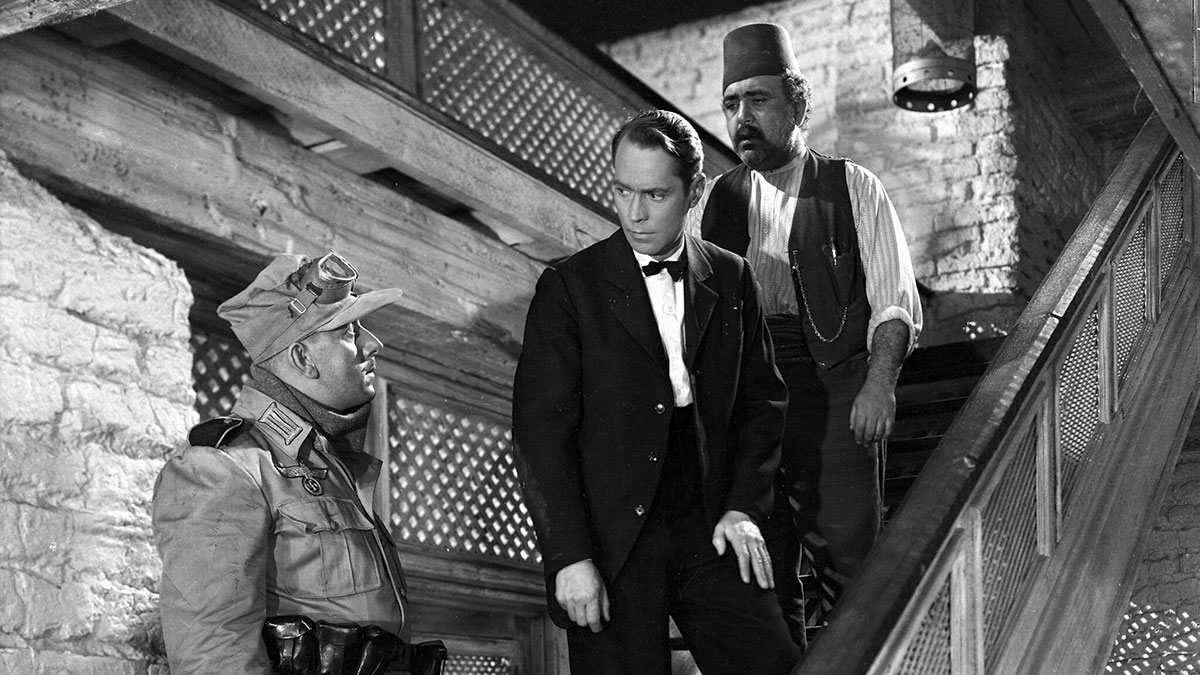 Eureka Entertainment to release ‘Five Graves to Cairo’, Billy Wilder’s riveting World War II spy thriller, in its UK debut on Blu-ray from a new 4K restoration, as part of The Masters of Cinemas Series, from 17 August 2020.

Only the second Hollywood film directed by Billy Wilder, the riveting World War II spy thriller ‘Five Graves to Cairo’ is an underrated early gem from the filmmaker, who would ascend to the industry’s highest ranks with his next project, ‘Double Indemnity’. ‘Five Graves’ demonstrates that Wilder and screenwriter Charles Brackett—who would collaborate on thirteen films, winning screenplay Oscars for ‘The Lost Weekend’ and ‘Sunset Boulevard’ – were already working at the peak of their powers, delivering an espionage yarn that never lets up on the suspense.

The only survivor in his unit after a battle with Rommel’s soldiers in North Africa, British Corporal Bramble (Franchot Tone) staggers through the desert until arriving at the largely deserted Empress of Britain hotel, staffed only by owner Farid (Akim Tamiroff) and his French employee Mouche (Anne Baxter). While Bramble hopes to hide there, the hotel doesn’t remain deserted for long – Rommel (a scene-stealing Erich von Stroheim) and his men arrive and take over the building as new headquarters. Bramble assumes the identity of a recently killed waiter…only to soon discover that this waiter was also serving as a German spy, a role Bramble now has to adopt for his own survival. And while Mouche knows Bramble’s true identity, she has her own reasons for not wanting to aid in his plot.

Named by Quentin Tarantino as one of his favourite films, ‘Five Graves to Cairo’ is filled with duplicity and danger at every turn. Wilder ratchets up the tension surrounding a disparate group of characters trapped together in wartime, with each hiding their own secrets and their own schemes. The director would soon become one of Hollywood’s most lauded talents, but his genius was clearly evident in this early work. The Masters of Cinema Series is proud to present the film in its UK debut on Blu-ray from a new 4K restoration!

‘Five Grave to Cairo’, Billy Wilder’s impressive espionage thriller, is out now on Blu-ray and can be purchased here https://amzn.to/2AU9Gb

To celebrate the release of ‘Five Graves to Cairo’ we have 3 copies on Blu-ray to give away. Enter below for a chance to win… a Rafflecopter giveaway

In this article:Eureka Entertainment, Five Graves to Cairo