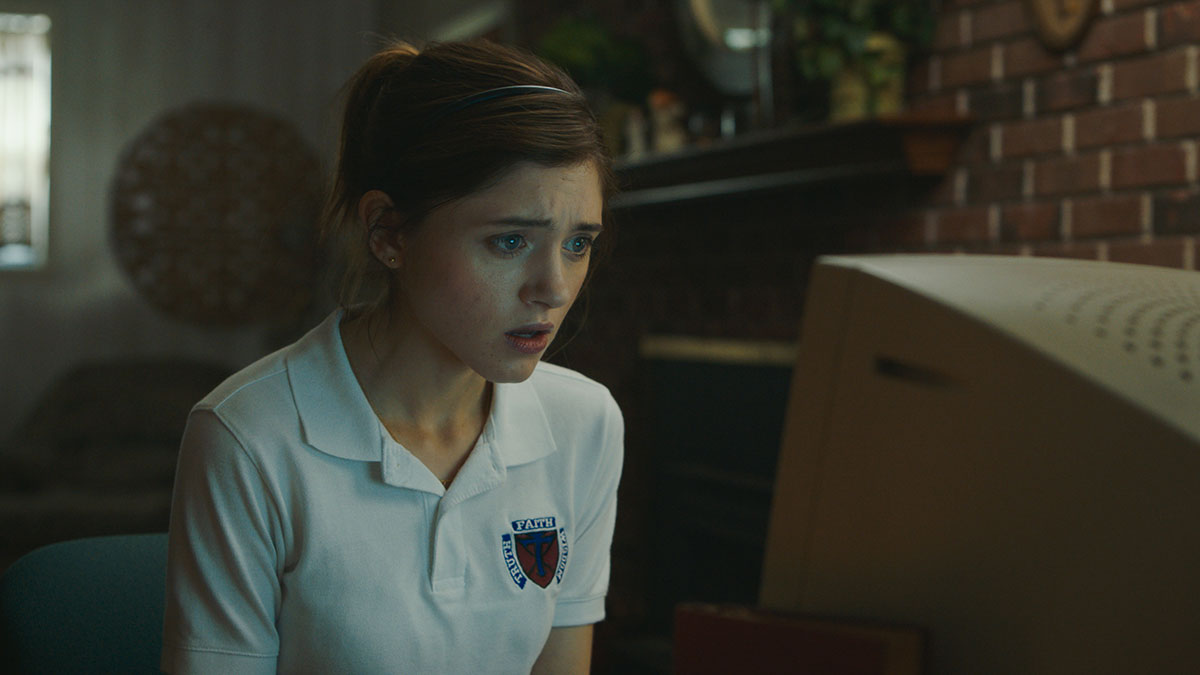 Yes, God, Yes is based on a comic short from 2017 and it’s written and directed by Karen Maine. Set in the early ’00s, the film is a sweet and innocent look at the hypocrisy that exists when it comes to sex and religion. Alice’s good girl image becomes tarnished when rumours circulate at school that she ‘tossed the salad’ of a classmate. She has no idea what that means but the rumour persists, leading her classmates and the teaching faculty, to label her a slut.

Alice naively continues her sexual awakening quest regularly meeting with holier-than-thou mentor Father Murphy (Timothy Simons), who it turns out isn’t exactly as sweet and chaste as he’d like to make out. Attending the religious retreat has the opposite impact on Alice, opening her eyes further to sex and sexuality, rather than turning her away from them. A fickle friendship with the deceitful Nina (Alisha Boe) leads to Alice witnessing oral sex and meeting hot jock Chris (Wolfgang Novogratz), stirs something inside Alice she’s never felt before.

Natalia Dyer is superb in the lead role. Best-known for her role in the Netflix phenomenon Stranger Things, Dyer is wide-eyed and believably innocent as Alice. She’s such a nice character, that you can’t help but route for her and applaud her when she goes against her religious teachings and explores her own body. Alisha Boe, from Netflix’s 13 Reasons Why, is good too as outwardly nice but covertly naughty Nina.

Yes, God, Yes sits neatly alongside coming-of-age films such as But I’m a Cheerleader and Saved. It’s not as edgy as either of those two but it has some really sweet moments. Karen Maine’s script is sharp enough and her direction handles the material sensitively. Despite the subject of the film, Yes, God, Yes is actually a lot more innocent than you’ll likely expect but it’s very entertaining.