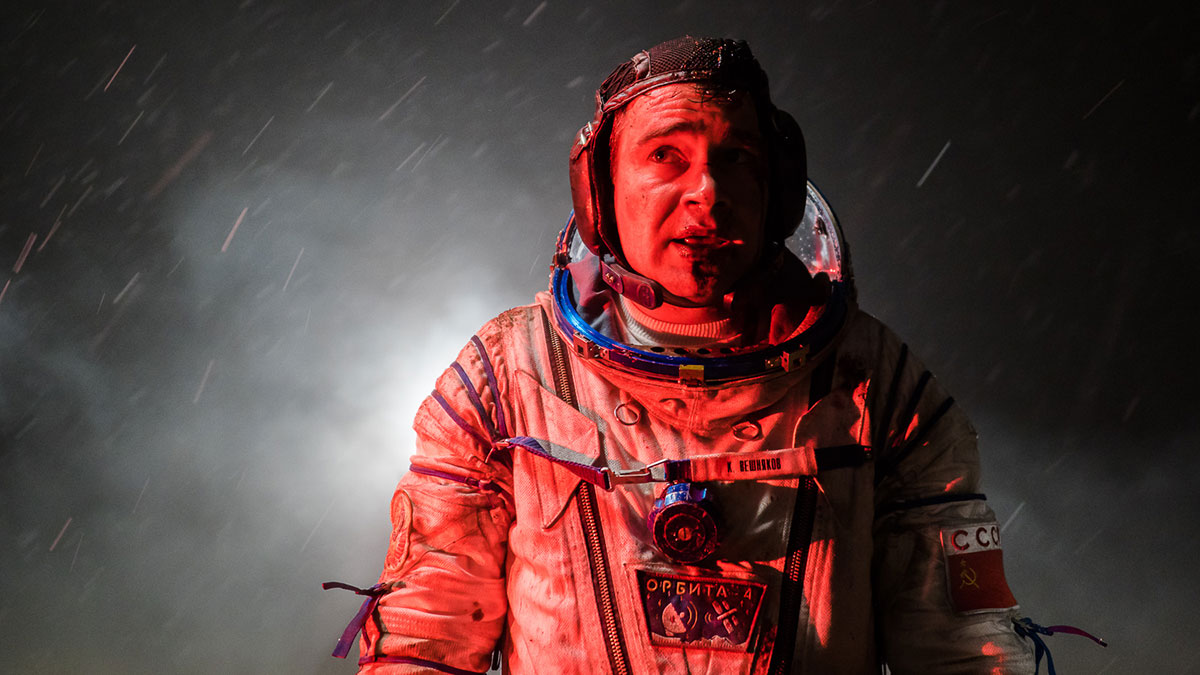 Renowned psychologist Tatyana Klimova (Oksana Akinshina) is brought in to observe and evaluate astronaut Konstantin Veshnyakov (Pyotr Fyodorov), a survivor of a spacecraft crash whose partner was found dead and badly mutilated. Believing him to be suffering from PTSD and reporting her finds to military leader Semiradov (Fedor Bondarchu), Tatyana discovers there’s something inside of Konstantin that the military is keen to weaponise.

Sputnik is the directorial debut of Egor Abramenko and even though it feels like a lazy comparison to make, the film is definitely influenced by Ridley Scott’s sci-fi classic Alien. The action here takes place within a military base where Konstantin is being held, frequently confused as to why he’s in the predicament he finds himself. Tatyana observes video footage of a parasitic creature crawling out of Konstantin’s mouth when he’s sleeping and she discovers that the creature has formed a symbiotic relationship with its host.

The discovery leads Tatyana to understand the real purpose of her being brought to the military base, and that is to help them understand how the creature can be weaponised and used to their advantage. The problem is that Tatyana can’t find any way to separate Konstantin from the creature without killing them both. That creates a moral dilemma that forms the heart of the film as Tatyana becomes close to Konstantin, acting more as his protector than his psychologist.

Sputnik gets a lot right. There’s plenty of atmosphere and the suspense builds well. Despite the lack of different locations (much of the action takes place in the military base), the film is never boring and the story is genuinely intriguing. While the comparisons to Alien can’t be ignored, director Abramenko is more paying homage to that classic than trying to make his own version of it. The performances, especially Oksana Akinshina, are strong and they help draw you into the story too.

Where the film falls down is that it’s a little over-bloated. There is a feeling of repetition in some of the scenes where Tatyana is observing the creature and the running time overall is a little on the lengthy side at almost 2 hours. A few edits could have brought it down to a much tighter 90 minutes. It’s also never as scary as it wants to be, instead settling for moderately tense.

Sputnik is a solid sci-fi film. It’s not going to become a classic but it does enough to keep you wrapped up in the story until the end. For a first film it’s a triumph for Abramenko and while the plot may feel familiar, it’s definitely worthy of your time. It must be said that the film-makers made the most of the budget too, giving this a much grander feel than you’d think possible with the funds available.