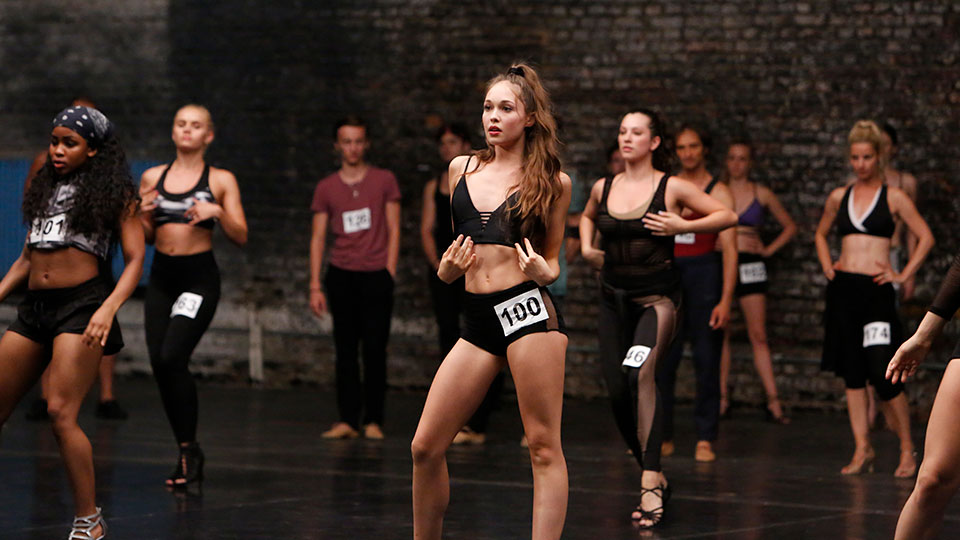 Struggling dancer Barlow (Juliet Doherty) spends her days working as a telemarketer and auditioning for Broadway shows. After receiving plenty of knock-backs, Barlow attends an audition for revered choreographer Zander Raines (Thomas Doherty), hopeful that it will give her the big break she’s looking for. The audition doesn’t go well but Barlow’s confidence forces Zander to give her a second chance and he casts her in the show. As they begin rehearsals, a chance encounter brings Charlie (Harry Jarvis), a talented pianist and struggling musician, into their lives who falls for Barlow and becomes involved with Zander’s show too.

High Strung: Free Dance is the sequel to 2016’s High Strung and it features a mostly different cast of characters. Jane Seymour reprises her supporting role as Oksana, but the film focuses on her daughter Barlow, with whom she has a strained relationship. If you’ve seen any other dance movies over the last few years (even going as far back as Save the Last Dance in 2001), you’ll know exactly what to expect from High Strung: Free Dance. It ticks off all of the clichés you’d expect for a film about two struggling artists and requires you to ignore some of the giant leaps it makes to get its characters to their end point.

What you have to remember with this film is that it’s aimed at a teenage audience, who are very unlikely to notice the same things we older folk will. For example Barlow is struggling to get by but the New York apartment she lives in is pretty impressive and much bigger than she’d be able to afford. Plot points are resolved with ease leaving you to question just how much either Barlow or Harry are actually struggling. It paints a pretty unrealistic portrayal of what being a struggling dancer in New York is actually like but do you know what? That doesn’t really matter. There’s an obvious love triangle that plays out too to create some tension between the characters.

What High Strung: Free Dance does is deliver a feel-good near 2-hours of entertainment where you can let yourself go and just enjoy the ride. Sure there’s plenty of issues and the supporting characters are two-dimensional but the performances of the three leads are very strong. Juliet Doherty is a sympathetic lead while British actor Harry Jarvis continues to prove that he has serious leading man potential. Thomas Doherty is very good too as the demanding and fickle Zander bring a much-needed villain to the film.

The film also features some incredible dancing. The choreography from Tyce Diorio (So You Think You Can Dance) is breath-taking at times and the original music leaves a lasting impression too. It’s the dance set pieces that you really want to see from this film and they more than deliver the goods.

I’m sure some outlets will do everything they can to knock this film but I’m happy to go against the grain. Is it the best film I’ve ever seen? No it’s not. Is it going to sweep the Oscars in 2020? Definitely not. But the film has heart, charm, fantastic dancing and great performances. It’s the kind of film I’d have happily watched with my family as a kid and it’s a perfect excuse to switch off from the real world and enjoy a bit of escapism.