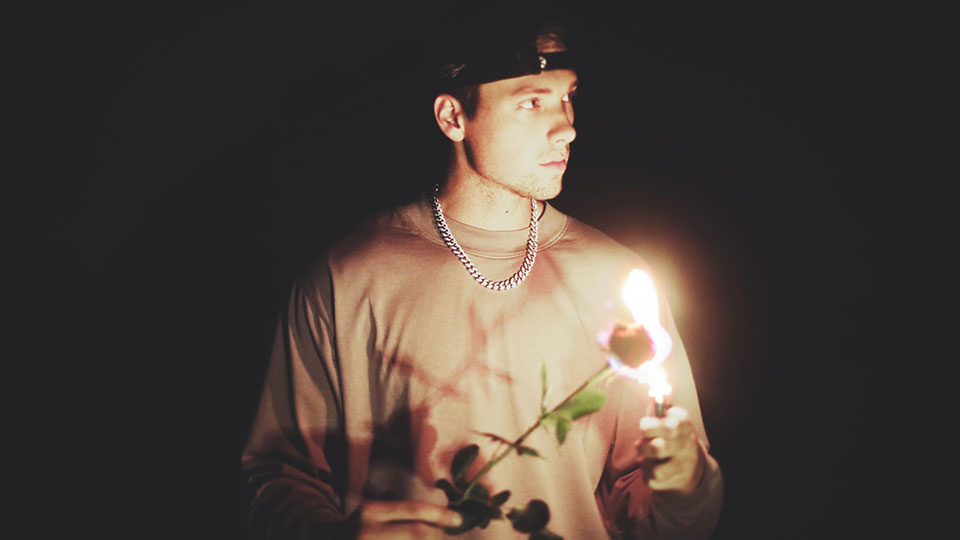 With a number of tracks under his belt, and more than 51 million streams, Noah is making the next step in his musical journey today with the release of new songs Comeback and Where’d You Go. A big step forward for the rising star, the songs show a different side to his talent.

I caught up with Noah this week to talk about quarantine, discuss the new songs and find out what his dreams for the future are…

Hi Noah. How are you coping in quarantine?

I’ve just been using this opportunity. My big thing going into this, was that I just wanted to come out of quarantine a different person than when I went into it. I’ve really been, as much as I can be, diving into social media. I’ve been working out every day in my house, doing pull ups on the stairs and stuff. I’m really proud of the progress that we’ve made so far. Really the big thing for me when it came to social media wasn’t about going live as much as it was me wanting to turn fans into friends more often. I want to be able to talk and to rely on my fans, and to believe in my fans as much as they believe in me. I wanted to take this opportunity to go deep with them. I’ve been going live every night for two and a half to three hours. I just did my 51st broadcast in a row last night. I’ve really been enjoying the idea of creating a family online so I’ve been doing that. I’ve been doing this thing called Cyber Serenades where I’ll go online, find somebody’s profile on Instagram or something, and just get inspired by the information I find on them and write a complete song about who they are and and what I love about them. I’ll put that out on social media for the world to hear and then shout them out. It’s just my way of reminding people that I’m there, I’m watching and I care.

This is what I always love about you. You’re so positive and you always find the best in every situation. It’s quite infectious…

Thank you man! Wow, that’s a great compliment. In this period of time, I’ve had a complete mind shift. It’s so cool because a lot of times I’m a people pleaser. When I do things, I want to make sure that I’m pleasing everyone watching and I want to make sure that I’m doing my absolute best. I don’t want to let anybody down. This period of time has allowed me to realise that I can’t be that. When I want to start a conversation with my best friend, or my dad, or my sister, I’m not sitting there thinking, ‘I hope I’m pleasing them with what I’m saying right now’. I’m just talking to them. You only get to that point with time spent with those people so that they can learn who you are in your heart, not just what you’re saying in a thesis statement one time online. Getting to go deep with them every single day, like I have been and getting to create content about them and learn more about them, and getting to know like my my online fans has been really special. Now when I go live, I don’t ever want to be that again. I don’t ever want to be the kind of person who feels like I have to please the world. I just want to be a friend. I just want to be there like authentically me. Less concerned about people pleasing, and honestly it’s been a huge mind shift for me this period because it’s just as real as it was before but it’s gotten five times as real since I started this quarantine.

Your new tracks Comeback and Where’d You Go are out today. These are very, very different from what we’ve heard from you before. Tell me a little bit about these tracks and how they came about…

I give the credit to Dan Huff, as much as I think the songs themselves are special. What’s really cool about working with Dan on these tracks, is the goal is always to make them as authentic to the message of the song as possible. They’re Country songs layered with emotion. What we did was we sat down and we really got into the message of the songs and what they look like, and what we hope people see in them. When it came down to it, you look at a song like Comeback and the song’s reminiscent of a vulnerability, of a hard time in my life where I’m wondering if I made the right decision leaving a relationship, or if I should have continued on in that. It’s something that everyone goes through and we wanted it to be upbeat and happy and joyous, but we also wanted it to be reminiscent of that longing so we added that line in the beginning. During the verse, out of that subwoofer that brings this drama and to brings an intentional despair. I thought it was so cool that we could complement the tracks with the message and create this emotion that hopefully relates with other people. On one hand, it’s exciting to get to show people a different side of who I am and what I go through. I don’t talk too much about my relationships. On the other hand, it’s nerve wracking to think that I’m going to expose myself like that, but I think the best art comes about when you are truly authentically yourself.

Where’d You Go is all based on a dream that I had about a girl I’ve never met in real life. I was 13/14, I had this dream about a girl that I met and I don’t remember much about what she looked like, I just remember what it felt to be around her. It was pure bliss. I could not even describe in words how incredible it was to be around this girl. I woke up and I had no idea who she was, and I thought maybe it was a vision of the girl I’m gonna one day be with at the end of my life, the girl I’m meant to be with. What’s cool is because it was all a dream, we took the Country track and layered it with what I like to call a ‘dream state’ elements, like the piano and stuff like that, bring you into the story with me. To see worlds collide with the track like that, I’ve never heard any music that sounded like this before. It’s really special and it’s really rare. I’m really excited for the world to get to hear that track because it may be reaching the girl that I’m meant for. How would be if it was a vision and this is the first thing she hears, you know?

You’ve been releasing tracks for a while now. Is there an EP or an album in the works?

The next plan is to release an EP. Follow these up, collect them with the rest of the tracks reimagined with Dan Huff and put that out in a few months. That’s the plan and then hopefully I’ll follow that up with even more incredible content.

Once we get out of quarantine, will you be getting back to the UK maybe next year?

Are you kidding? There’s the first thing I’m doing. I’m so excited about that.

I remember when you were here for C2C in 2019 and you spent time travelling around and surprising fans. You made quite a few people’s weekends…

We had so much fun. It was my first time in the UK and we decided to go all the way in. We took the train and we went deep into the city. We went to a girl’s house and we didn’t even know she was home, and she wasn’t. We had to wait at her house for like an hour for her to show up in the rain. Finally she showed up and we surprised her. She brought us inside and cooked us dinner. It was the coolest thing ever. I love doing stuff like that!

That is dedication isn’t it?

We weren’t about to get go all that way, I think it was 22 stops, to not see her!

Oh, man, I’m itching to get out and see my fans, man. I’m missing them like crazy. I cannot wait for this to lift for that reason.

It might be hard to answer this at the moment but is there anything else you’re hoping to achieve before the end of the year?

Noah Schnacky’s new songs Comeback and Where’d You Go are available now. Listen to them both below:

Advertisement. Scroll to continue reading.
In this article:Noah Schnacky