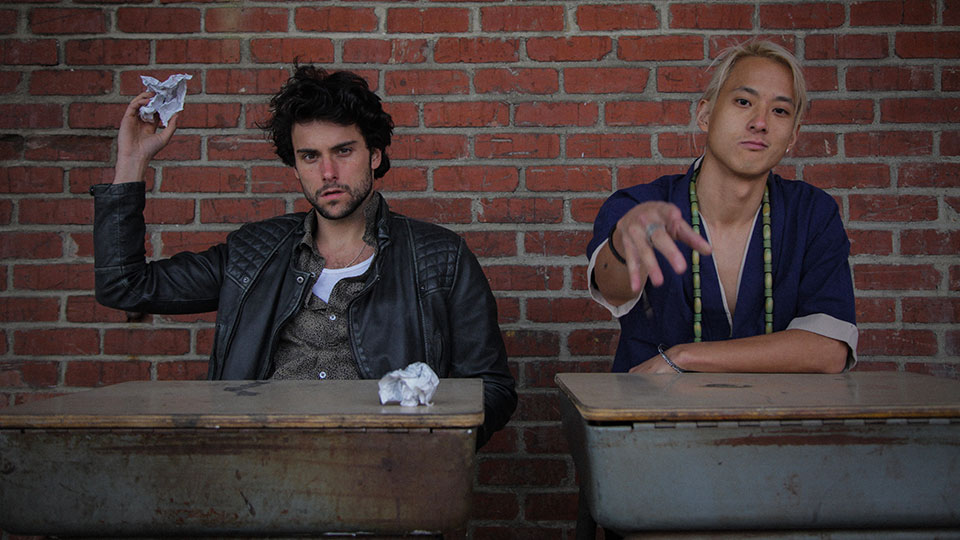 Alt-pop-rock duo Diplomacy aka Jack Falahee from ABC’s How To Get Away With Murder and DJ/Producer Elephante (Tim Wu) have released their self-titled debut EP.

Available to download and stream now, the EP features the single Undertow which has been given the video treatment. Take a look at the video below:

The video for Undertow receives a cinematic treatment with the newly released official music video— featuring Falahee distraughtly wandering through a car wash portal and emerging cleansed of conflict.

Diplomacy formed after Jack and Elephante grew up together in Ann Arbor, MI, moved separately to Los Angeles to pursue their respective dreams and maintained a friendship with weekly game nights spent playing Diplomacy.

The full track listing for the EP is:

Jack is best-known for his role as Connor Walsh in ABC’s How to Get Away With Murder alongside Academy Award winner Viola Davis. The show is currently in the middle of its sixth and final season. He recently completed shooting the indie feature We Are Boats, from writer/director James Bird.

Tim Wu aka Elephante, graduated from Harvard with a degree in Economics, ultimately ditching his consulting job to focus on his musical aspirations. Slowly but surely, Elephante emerged as a dancefloor force with Top 10 hits on radio and over 220 million cumulative streams in two years’ time.

You can see Diplomacy at the following dates:

In this article:Diplomacy, Jack Falahee