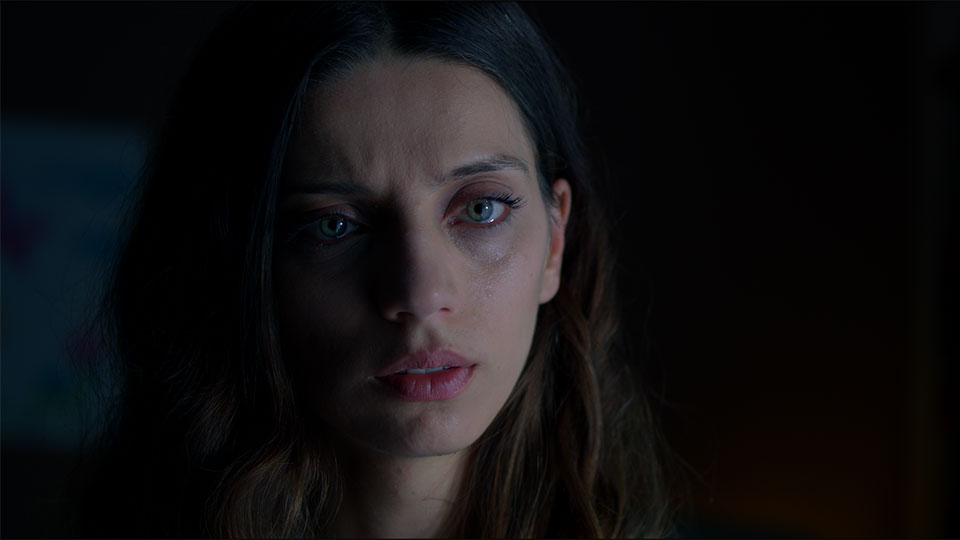 Prostitute Francesca (Angela Sarafyan) winds up dead after an intense encounter with a gun-wielding client. As her life ends, she meets with Sir (Uzo Aduba) and discovers that she’s got the powers to acts as a guardian angel and the grim reaper. Searching for her own life conclusion, Francesca encounters a number of interlinked people whose paths she changes for the better, and in some instances the worse.

We Are Boats is from writer/director James Bird and it’s essentially an exploration of existentialism. Taking cues from films such as Magnolia and Crash, We Are Boats looks at the lives of a group of seemingly very different characters that all have something in common; they are all trying to navigate through the ups and downs of their lives in the best way that they know how. It’s Francesca who links them all together as she moves through the characters, changing their courses and helping them on their own journeys.

What the film gets right is that it doesn’t lean into the obvious religious overtones that are there. Instead it presents a character that has supernatural abilities without feeling the need to hit you over the head trying to explain them. You accept that Francesca is able to do what she can do, and you happily take the journey with her. It would be a disservice to the film to divulge too much about the individual character stories but its suffice to say that Francesca encounters a number of people struggling with real-life situations whether that be absent fathers, feeling inadequate in a relationship or just simply sticking with the wrong person.

At times We Are Boats veers a little too close to the Hallmark/Lifetime-style films. While I liked that the film didn’t over-explain everything, the characters are surprisingly two-dimensional. With the exception of Francesca, we spend too little time with most of them to truly care or feel anything for them. It’s also a little distracting seeing the starry cast as it becomes a little more like spot the famous face than it does a cohesive movie. That’s typical of these kinds of movies but it’s still, for me, a negative point.

From a film-making perspective We Are Boats is nicely put together. James Bird’s script is tight enough and his direction is strong. He gets good performances out of his cast but I just felt that the film meanders a little too much. The lack of empathy I felt towards the characters, because I simply didn’t get chance to know them, was in my opinion the film’s biggest problem.

We Are Boats is trying to do something a little different and even profound. It very nearly achieves its goal but some people may find the result a little overly saccharine. Like those Hallmark/Lifetime movies, by the end I felt I’d overdosed a little too much on sugar and the film didn’t quite hit the sweet spots to make it worth while.