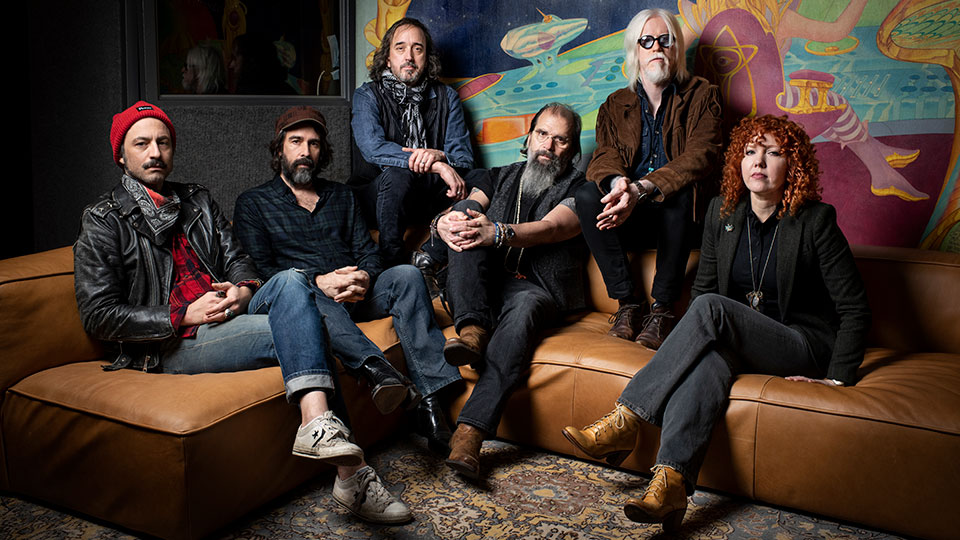 Steve Earle & The Dukes will release new Ghosts of West Virginia on May 22nd, 2020 via New West Records.

The album was produced by Steve Earle and engineered by Ray Kennedy at Jimi Hendrix’s legendary Electric Lady Studios in New York City. It is Earle’s 20th studio album and is mixed entirely in mono.

In recent years, Earle has experienced partial hearing loss in his right ear and can no longer discern the separation that stereo is designed to produce. The recording the latest incarnation of his backing band The Dukes; Chris Masterson on guitar, Eleanor Whitmore on fiddle & vocals, Ricky Ray Jackson on pedal steel, guitar & dobro, Brad Pemberton on drums & percussion, and Jeff Hill on acoustic & electric bass.

Ghosts of West Virginia centres on the Upper Big Branch coal mine explosion that killed twenty-nine men in that state in 2010, making it one of the worst mining disasters in American history. Investigations revealed hundreds of safety violations, as well as attempts to cover them up, and the mine’s owners were forced to pay more than $200 million in criminal liabilities.

Earle started working on the album after being approached by Jessica Blank and Erik Jensen, a playwright team that would create Coal Country, a theatre piece about the Upper Big Branch disaster. They interviewed the surviving West Virginia miners, along with the families of the miners who died, and created monologues for their characters using those words.

Working closely with Oskar Eustis, the Public Theater’s Artistic Director, they workshopped the songs and text for nearly four years. Earle functions as “a Greek chorus with a guitar,” in his words. He is on stage for the entire play and performs seven of the songs that lead Ghosts of West Virginia, including the powerful It’s About Blood, in which Earle blazons the names of all the men who died.

“The actors don’t relate directly with the audience,” Earle explains. “I do. The actors don’t realize the audience is there. I do.” The songs provide personal, historical and social context for the testimony of the play’s characters. Currently in previews, Coal Country officially opens on 3rd March at The Public Theater in NYC and runs through 29th March.

Steve Earle’s Ghosts of West Virginia will be available across digital retailers, on compact disc, and standard black vinyl. An extremely limited to 500 Smoke/Coal Colored Vinyl Edition autographed by Steve Earle are available for pre-order now via New West Records.

The track listing for Ghosts of West Virginia is: