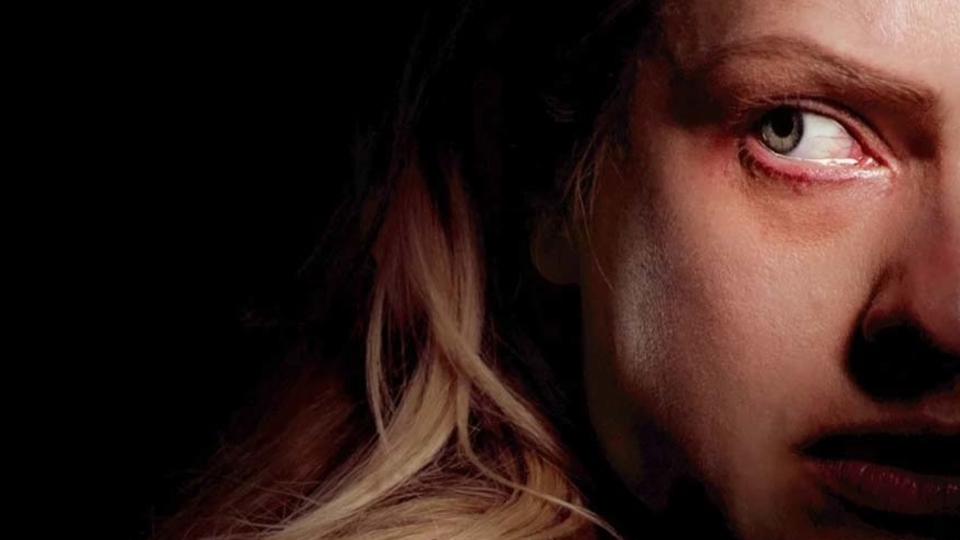 On the surface, Universal’s revival of The Invisible Man is an effective horror blockbuster, but with a story that explores abuse and the psychological effects of this trauma, The Invisible Man is much more than just a monster of the week flick. It actually has substance and a real message at its core. Because of this, the film has turned out remarkably well, and is a fascinating watch on many different levels.

The story begins with Cecilia Kass (Elisabeth Moss) escaping from her abusive boyfriend Adrian Griffin (Oliver Jackson-Cohen) in the middle of the night. Having sought refuge with a cop-friend named James (Aldis Hodge) and his daughter Sydney (Storm Reid), she still struggles to leave the house, gripped in fear that Adrian will eventually find her. That is until word gets to her that he has committed suicide and left her a vast fortune. But as she slowly puts her life back together she feels Adrian’s presence ever closer. Has he found the ultimate way to torment Cecilia once and for all or is she slowly starting to lose her mind?

We all know that Elisabeth Moss is humanly incapable of giving a poor performance and this trend continues her. She delivers a supremely powerful performance that’s engrossing and full of emotion. Aldis Hodge does very well as her sceptical friend and Harriet Dyer is excellent as her sister who is struggling to reconnect with Cecilia. Storm Reid continues to impress after A Wrinkle in Time and Oliver Jackson-Cohen can play a bad guy in his sleep.

Writer/director Leigh Whannell has done a remarkable job bringing this familiar concept to a knowing audience, but managing to create something new and exciting in the process. He gives every frame of this film an uncertain edge, making the viewer question what they are seeing and adding to the angst of the situation. He allows the environments he shoots in to do the heavy lifting, and his keen eye for a jump-scare is well utilised in this film. The Invisible Man has at least 3 standout set-pieces including a fantastic chase sequence in a hospital.

Whannell has carved a very impressive CV of late. He’ll always be remembered for Saw, but his stellar work on the Insidious movies and the criminally under-looked sci-fi cult favourite Upgrade have put him on good ground. His rumoured next project is the revival of Escape From New York, and I can’t wait to see what he brings to the table there.

The score is simply sublime – a heady mix of tension and suspense that’s heavily influenced from the great classic scores of the past. Alfred Hitchcock is clearly a big influence here, and the thumping orchestral motifs really hit the right notes to compliment what’s onscreen. The end result is a film that perfectly pairs music and image to conjure something really memorable and, crucially, helps the story move along with verve.

The Invisible Man has brought a new sense of optimism for the Universal monsters back-catalogue if they can keep coming up with some fresh and interesting ideas. The tension of this film keeps you on the edge of your seat, even though there were a few times when I thought Whannell could have really gone for some big scares. But that’s a minor gripe in an otherwise highly enjoyable and satisfying dramatic horror that echoes the past and gives new life to a familiar character. The Invisible Man is a perfect Saturday night blockbuster with a great ensemble, some genuinely chilling situations and some awesome effects that help make this the best horror we’ve had so far this year.