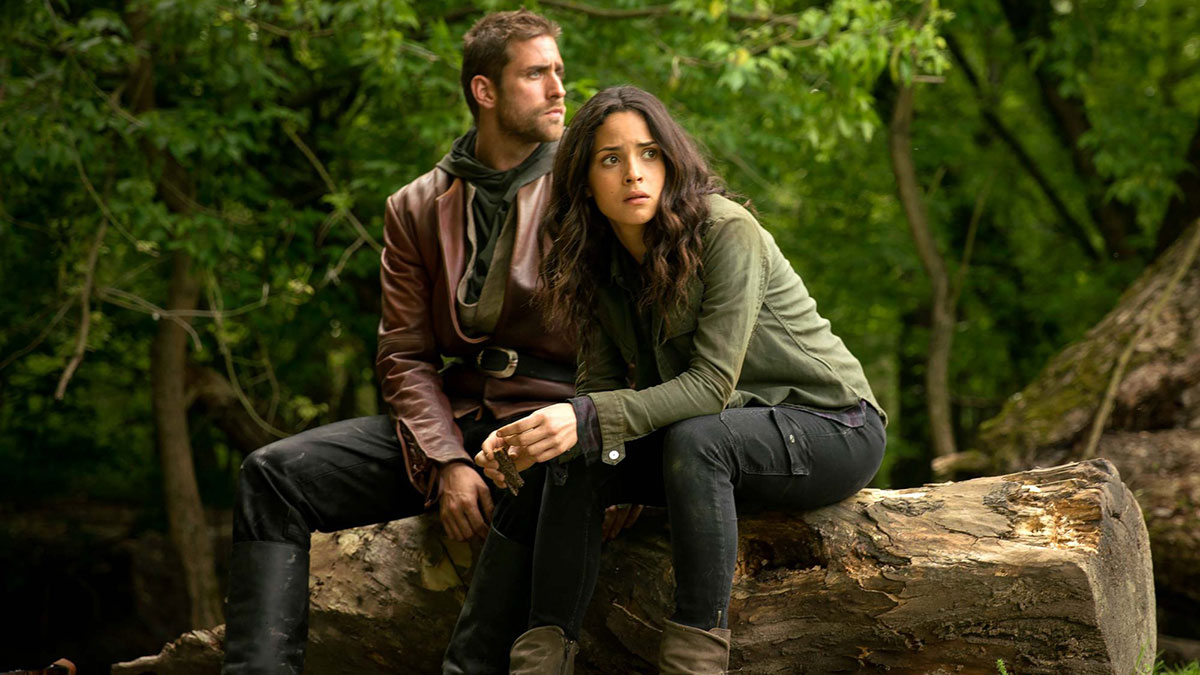 20-year-old Dorothy Gale (Adria Arjona) finds herself transported to another world when she gets caught up in a tornado. Unlike anything she’s seen or experienced before, Dorothy befriends handsome amnesiac Lucas (Oliver Jackson-Cohen) and sets off to find the Wizard of Oz (Vincent D’Onofrio) unaware that she’s fulfilling a prophecy that will change the lives of everyone around her forever.

‘Emerald City’ ran for a single season in 2017 after suffering from endless problems in development, which almost stopped the show from arriving on the small screen at all. Directed by Tarsem Singh (‘The Cell’), the 10-episode season struggled to find an audience and it was abruptly cancelled just two months after it premiered. It’s a shame really as there was definitely potential here with plenty more story to tell.

The show is based on the ‘Oz’ book series by L. Frank Baum and it puts a darker twist on ‘The Wizard of Oz’ story that we all know and love. Firstly, Dorothy is Puerto Rican-Guatemalan, far removed from the Dorothy that Judy Garland portrayed in the 1939 film, and secondly the land of Oz is a much darker and more sinister place than we’ve seen in other adaptations. Dorothy’s arrival accidentally results in the death of the Wicked Witch of the East, which makes her a target for the Wizard and the other witches in the land including Glinda (Joely Richardson) and the Wicked Witch of the West (Ana Ularu).

Other iconic characters appear throughout the first season with The Scarecrow being represented by Lucas, who Dorothy finds strung up on a cross in a very Jesus-like manner, and the Tin Man represented by Jack (Gerran Howell), a young man who is reanimated following an accident that almost takes his life. The Cowardly Lion is here too in the form of Eamonn (Mido Hamada), a loyal member of the Wizard’s Guard, albeit in a very different guise to what we know the character as.

‘Emerald City’ brings forward some interesting ideas and under the direction of Singh it’s a real visual treat. The cast is excellent across the board with Adria Arjona standing out for her feistier portrayal of Dorothy. It’s fun to watch the characters and the plot points from the original story play out in a different way but the series was perhaps a little too dark in places for its intended audience. We have to be thankful it got cancelled too otherwise Oliver Jackson-Cohen may never have found his way to the Netflix smash ‘The Haunting of Hill House’.

While it may have only lasted one season, ‘Emerald City’ is still worth checking out. There are some big ideas here and the 10 episodes will keep you gripped. It would have been interesting to see where the show could have gone in future seasons but sadly we’ll never know. If you’re a fan of ‘The Wizard of Oz’ then I’d heartily recommend giving this a try but be warned it’s a lot darker than the story you know and love.