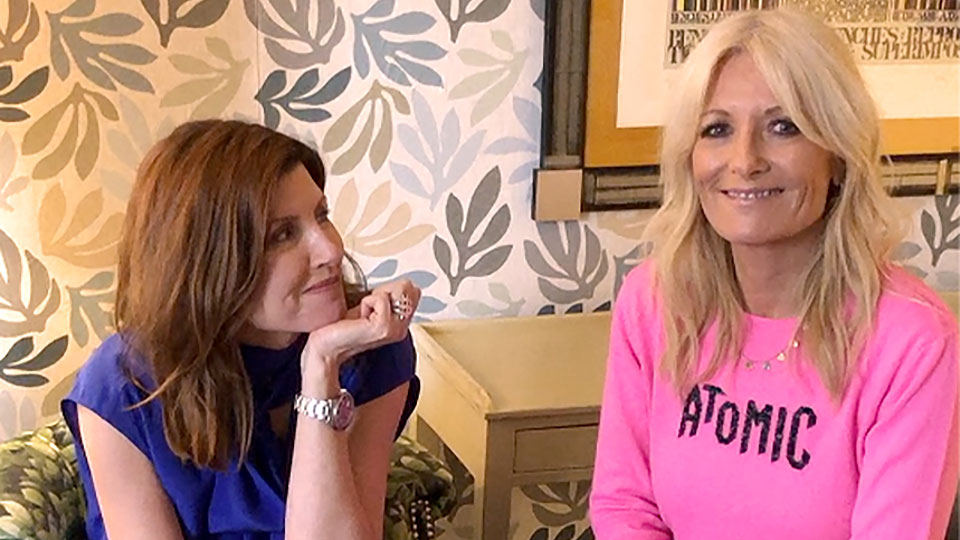 You can subscribe and listen by visiting https://pod.link/militarywives. The release of the podcast got us to thinking about other film podcasts that are worth giving a listen to.

We’ve pulled together 10 of the best, including Military Wives, for you to consider…

Taking top spot, Military Wives: The Official Film Podcast hosted by Gaby Roslin is an exclusive podcast to support the release of ‘Military Wives’ in cinemas on March 6th, featuring special guests each episode including the cast of the film as well as moving conversations with women from the real Military Wives Choir. If you love cinema, you are going to love this film and this podcast series.

Mining the depths of film entertainment for all mankind. Join Scott, Brian, Randy and Brian each and every week on Filmsack as they tackle a gem of a film from the archives of movie history and rip it apart on the air.

The Rewatchables, a film podcast from the Ringer Podcast Network, features HBO and The Ringer’s Bill Simmons and a roundtable of people from The Ringer universe discussing movies they can’t seem to stop watching.

Curzon Film Podcast features interviews and discussion about the latest high quality and independent film releases from Curzon Cinemas in the UK.

Have you ever seen a movie so bad that it’s amazing? In How Did This Get Made?, Paul Scheer, June Diane Raphael and Jason Mantzoukas watch listeners so bad it’s funny recommendations with their funniest friends, and report back to you with the results.

A short time from now in a studio not so far, far away… Grab your lightsaber, climb aboard the Millennium Falcon, and get ready to jump to light speed with Mallory Rubin and Jason Concepcion as they take their signature deep dive on the ‘Star Wars’ franchise in Binge Mode.

Culturally Relevant with David Chen is a culture podcast featuring TV/film reviews and in-depth conversations with writers, artists, and filmmakers.

It’s Friday night, you have no mates, you only have 1 film, 1 snack, 1 drink and one person dead or alive to join you. What do you choose? Join Dave Crawford and his guests on Friday Night! Film Night! as they discuss the latest films. They have weekly guests from the entertainment industry, who choose their Friday Night Film Night, and discuss their careers and usually some pithy if at least worthwhile anecdotes.

Mark Kermode joins Simon Mayo to give his verdict on the week’s movies on Kermode & Mayo’s Film Review, taken from their hit BBC Radio 5 show.

Film Stories with Simon Brew is a podcast that looks to dig into the stories behind popular movies. From troubled productions, to rights issues, to difficulties with release to films nearly falling apart, the podcast will be looking at the stories that don’t always seem apparent when watching a movie!

Advertisement. Scroll to continue reading.
In this article:Military Wives