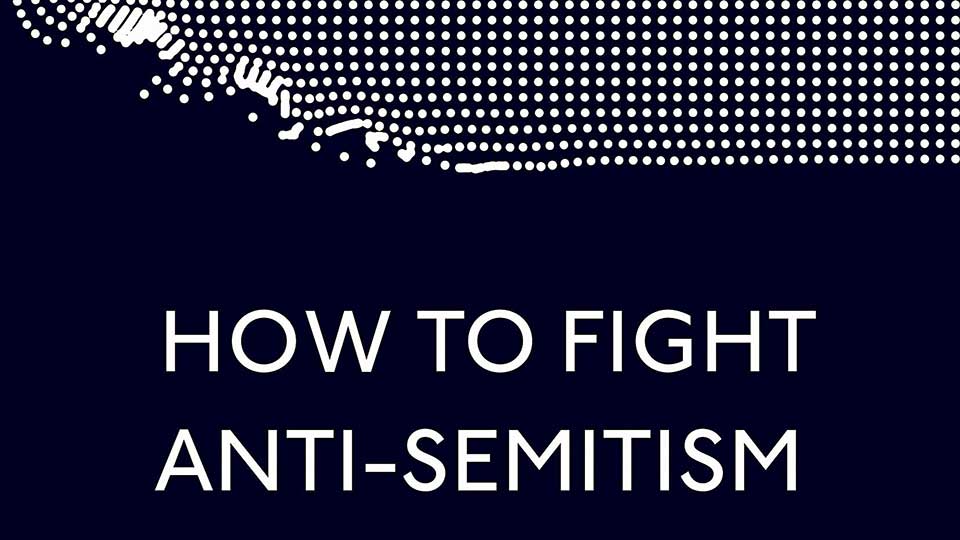 How to Fight Anti-Semitism is an invaluable and much-needed tome on the worrying increase in anti-Jewish sentiment in the US and Europe. Bari Weiss, an opinion writer for the New York Times, offers an abundance of research, personal reflection and choice quotations in a highly-accessible book that pulls no punches in honestly assessing the existential threat to Jewish people and culture.

The relatively short book (it runs to just over two-hundred pages) sets out in six chapters how the author noticed anti-Semitism on the rise, and gives a brief history of anti-Semitic sentiment before turning to the threats deriving from the political right and left (and, crucially, the differences between the two). She then examines the unique threat of radical Islam, before concluding with practical steps for Jews and their allies in challenging and overcoming everyday anti-Semitism – wherever it comes from.

Weiss has put a great deal of thought and observation into the troubling subject matter, and her centrism is helpful in recognising the warning signs on both ends of the political spectrum. She includes a brief account of Nazism and Hitler’s scapegoating of Jews, as well as the deep-rooted Jew hatred of the tsarist and Soviet Russia, out of which emerged The Protocols of the Elders of Zion, a piece of anti-Semitic propaganda as vicious and toxic as anything Goebbels may have invented.

Bringing historical attitudes into the present day context, Weiss outlines why she believes that President Trump’s defence and championing of Israel is a cover for far less noble sentiments, citing historical precedents. But she also dismantles the left’s preoccupation with denying Israel’s right to exist and their habit of uniquely singling out the country for criticism. She is awake to the problem on both sides of the Atlantic, condemning the words and actions of Ilhan Omar and Rashida Tlaib of the Democratic Party of America as well as the Labour Party under Jeremy Corbyn’s leadership in the UK. Her analysis of the current political situation is both balanced and perceptive.

The chapter on Radical Islam is where Weiss tackles the most uncomfortable home truths about the increasing prevalence of anti-Semitism in the West, and the sensitivities of multiculturalism that have often prevented a swift and adequate response. She cites the dwindling and increasingly threatened Jewish populations of major European cities, and their internal migrations away from areas of high immigration as evidence. She notes the troubling rise of the far-right in European countries, linking it to their willingness to speak out about Islamic extremism, but of course, to further their own reprehensible aims.

One of the most useful achievements of How to Fight Anti-Semitism is the way in which it sets out why the state of Israel is crucial, both to the Jewish psyche and in terms of its position in world affairs. Having recently holidayed in Israel and liked the country very much, I had been looking for a defence of Israel from a Jewish perspective. Weiss supplies it economically, and arms readers with plenty of intellectual ammunition to bring to bear whenever they routinely hear Israel knocked, or its right to exist impugned.

Enjoyably, Weiss challenges the prevailing ideology of the left by laying the blame of a lot of their anti-Semitism at the door of intersectionality and identity politics. It is a key reason, as she explains, why casual anti-Semitism has grown on the left, and even become socially acceptable in some leftist quarters. It’s hard to disagree, but Weiss makes a compelling and logical plea for decent people to ditch this mindset.

Although the tips on challenging anti-Semitism come in the final chapter, they are worth waiting for. The rest of the book is the set-up and context for why the climactic chapter is so necessary. Weiss offers a series of practical measures, separated into subheadings, that are easy to remember and to put into practice. As always when it comes to books with useful arguments, I hope for an index, and it’s a shame there isn’t one here, which would have aided quick reference and revision.

Although it’s sad to think that How to Fight Anti-Semitism is a book that is needed, it’s author faces the present reality unflinchingly, passionately and with the courage of her convictions. This is essential reading for anybody troubled by the rise of anti-Semitism, and who is determined to understand its origins and challenge it. Although the subject matter is painful, Weiss is a highly engaging writer and a fine storyteller. If you care about the subject matter, the book will grip you from the first page and hold you to the final hopeful message. Highly recommended.

In this article:Allen Lane, Bari Weiss, How to Fight Anti-Semitism, Israel