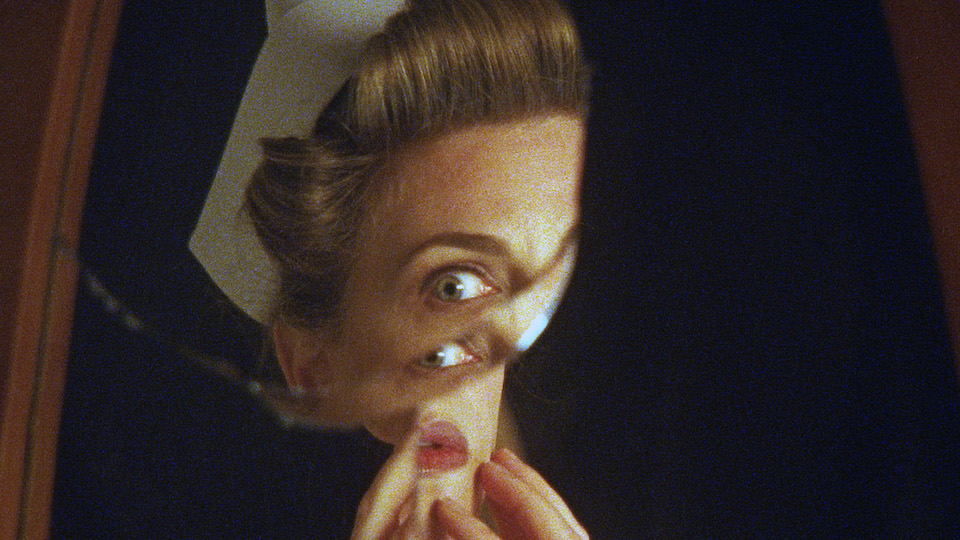 Chained for Life opens with a lengthy quote from Pauline Kael – the renowned film critic for The New Yorker – about the beauty of actors and actresses, and what a supreme asset is for screen stars to be beautiful. Aaron Schimberg’s absurd comedy-horror takes a different view.

The film begins ominously, with a strikingly beautiful woman walking through the hallways of an old hospital. She eventually stumbles into an operating theatre, where a doctor is conducting hideous experimental surgery. Then someone shouts CUT, and the movie is revealed. The woman is Mabel Fairchild (Jess Weixler), a Hollywood actress, who is “slumming it” in a low-budget gothic horror film directed by a Herzog-like German director making his first foray into English language movies.

The film within a film is about a mad scientist experimenting on people with physical disabilities, in an attempt to rid them of their deformities, so that they may live normal lives in everyday society. The film we are watching is about the making of this film, and specifically the relationship between Mabel, and her co-star Rosenthal, played by Adam Pearson, who in real life has neurofibromatosis.

Chained for Life is an extraordinarily odd affair, whilst at the same time a razor-sharp satire on movie-making, actors, and the representation of beauty in cinema. A strange hybrid of Day for Night, Tod Browning’s Freaks, and Berberian Sound Studio, Schimberg gradually peels back the layers of reality, and an initially straightforward film evolves into something more absurd. It becomes harder to know if we are watching the film, or the film within the film. Are these dreams or visions or scenes from a movie?

Jess Weixler and Adam Pearson are terrific in the central roles, and Schimberg’s smart script ensures things between them don’t go as predictably as they initially might seem. The film is at its best when simply observing people interacting on the set. Whether it’s the pretentious nonsense of the Hollywood actors who see disability as an essential touchstone of an acting career, or all the subtle and not so subtle snippets we catch of the disabled actors being discriminated and condescended.

There’s one hilarious scene where Rosenthal is taking photos with a vintage camera, and Max (Stephen Plunkett) the male lead in the film comes over to speak with him. He cluelessly blabbers on, telling him he’s “a natural talent, acting, photography, things just come easy to you.” Rosenthal deadpans back to him, “if you say so.” Had the film stayed on course as a darkly comedic satire I think it would have worked better. The lurch into surrealism as the film begins to deconstruct itself doesn’t work quite as well, but overall this is a fascinating and incredibly humane film, and well worth seeking out.

Disc one comes with a director commentary, and three in-depth interviews with Jess Weixler, Adam Pearson, and Sari Lennick respectively. There’s 12-minutes of deleted and extended scenes, and some silent Super 8 footage shot on the set by John Klacsmann, a film archivist from NYC’s Anthology Film Archives. Also on the disc are theatrical trailers, image galleries, and a 2009 short film directed by Aaron Schimberg.

Disc two comes with the UK premiere release of Schimberg’s debut film Go Down Death. This also comes with some rare behind the scenes footage, 30-plus minutes of deleted scenes, the theatrical trailer, and image galleries.

Chained for Life is available to order at https://anti-worldsreleasing.co.uk