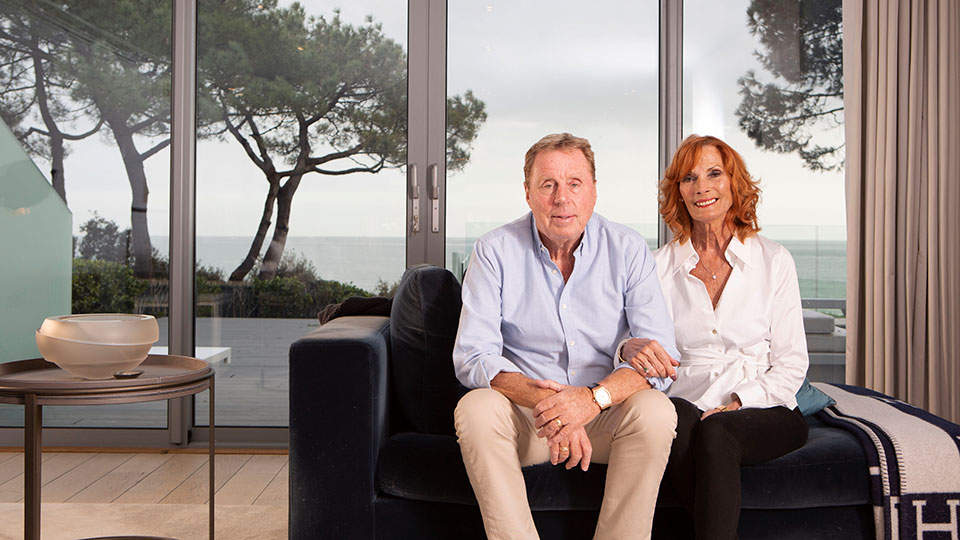 The series gives the audience an insight into this unique part of the British south coast peninsula, one of the most exclusive postcodes in the UK, where property prices are higher than in Monte Carlo. Watch the trailer below:

Each episode sees Harry invite viewers to explore the delights Sandbanks and its environs have to offer. With a host of famous friends joining him along the way, they’ll throw themselves into some of the activities that residents can enjoy.

In the first episode, Harry is joined by Neil ‘Razor’ Ruddock and Joe Pasquale as they become medieval knights then take to the skies. Razor is considering a move to the area so Harry takes him and Joe to see a very desirable £5million penthouse with some of the best views Sandbanks has to offer. Will Razor become Harry’s new neighbour?

Joe and Razor take a dip in the sea before the trio head to a living history day at Corfe Castle. Harry channels his inner Robin Hood and challenges his ‘merry men’ to an archery contest but can Harry hit the target? Joe and Harry don suits of armour for a sword fight and Harry strikes a low blow.

Joe arranges some VIP access for Harry at the Bournemouth Air Festival and Harry is alarmed to find Joe has organised for them to take a flight over Sandbanks… with Joe as the pilot. As they settle down to watch the air show from the beach, Harry has a very romantic surprise for Sandra.

Harry Redknapp’s Sandbanks Summer starts tonight at 8pm on ITV. Preview the episode with our gallery below: