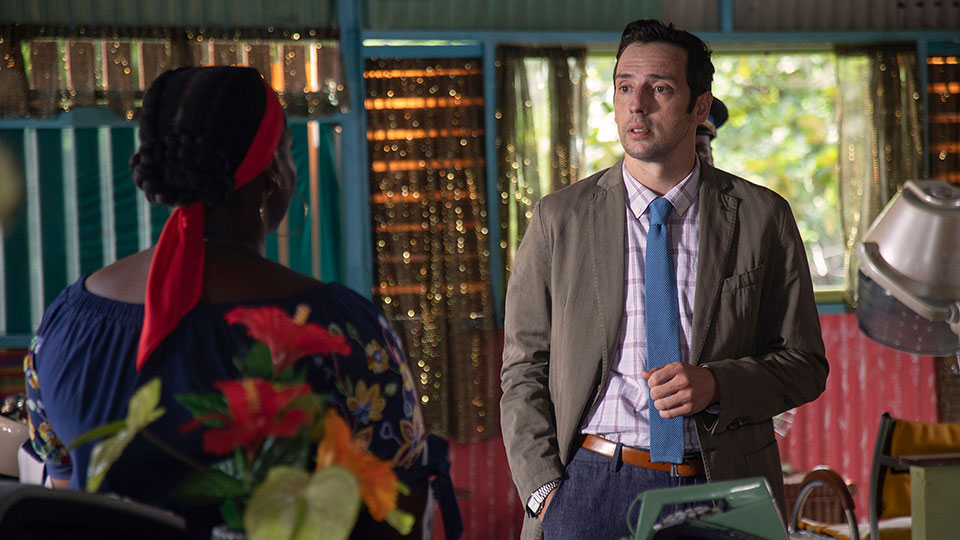 Death in Paradise continued tonight as the latest series nears its climax.

If you want to avoid spoilers for Death in Paradise, stop reading now.

In episode 6 a desert island survival course went wrong when the leader Will Arnott (Daniel Caltagirone) – a trained survival expert and ex-SAS soldier – was found dead in the forest of a remote island near Saint Marie.

Suspicion fell upon the other participants Casey Booth (Chloe Harris), Dave Hammond (Robert Londsdale), Bethan Miller (Alexandra Roach) and Malcolm Simmons (Sam Troughton). The problem was they all had an alibi so how could they have committed the murder?

D.I. Neville Parker (Ralf Little) was still unable to fly back to Manchester so he helped to solve the mysterious murder by teaming up with the Commissioner (Don Warrington).

The synopsis for episode 7 is:

The team are left stumped when the owner of a hair salon is killed in front of her family without anyone seeing what happened.

Death in Paradise continues tonight at 9pm on BBC One. Preview the episode with our gallery below: