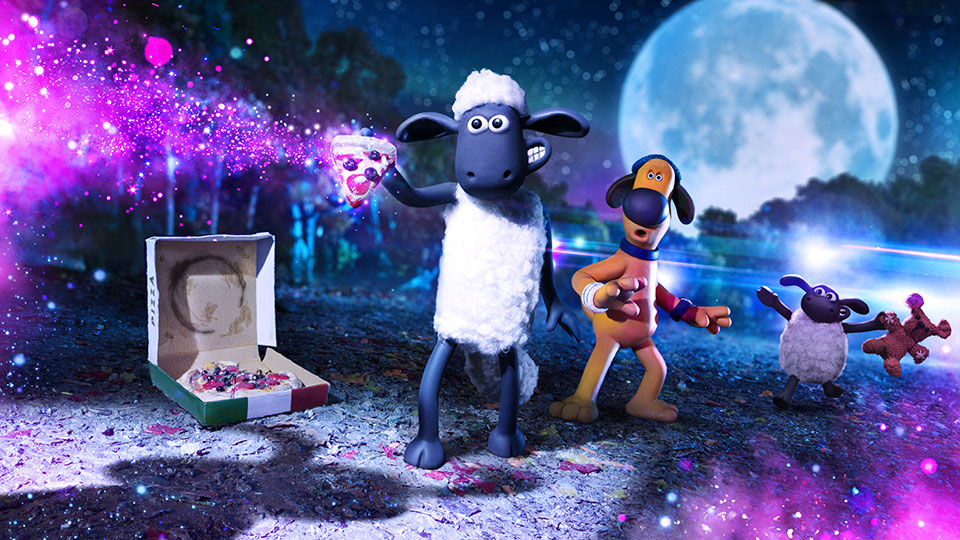 A new trailer has been released for A Shaun the Sheep Movie: Farmageddon along with a series of Stranger Things-inspired posters.

Fans can get a preview of new song Lazy performed by The Vaccines and Kylie Minogue during the new trailer. Watch it below:

Justin Hayward-Young, The Vaccines comments “We love Kylie and we love Aardman, both national treasures. Collaborating together on Lazy was an honour and a dream come true. Maybe an unlikely pairing on the face of it – but one that makes total sense in a world as wonderful and mischievous as Shaun’s”

It has also been announced that the film will feature a cameo from British YouTuber and Strictly Come Dancing finalist Joe Sugg who recorded his surprise performance as “Pizza Boy” with Directors Richard Phelan and Will Becher over the summer.

Joe Sugg adds “I have always been a huge fan of everything that Aardman have ever made, so much so, that I went to animation club as a kid. I jumped at the chance at playing a role in their new movie and am so excited to be part of it!”

Take a look at the new poster and the Stranger Things-inspired posters:

…an impish and adorable alien called LU-LA who crash-lands near Mossy Bottom Farm, Shaun soon sees an opportunity for alien-powered fun and adventure as he sets off on a mission to shepherd LU-LA home.

Can Shaun and the flock avert Farmageddon on Mossy Bottom Farm before it’s too late?

A Shaun the Sheep Movie: Farmageddon is released in cinemas on 18th October 2019.