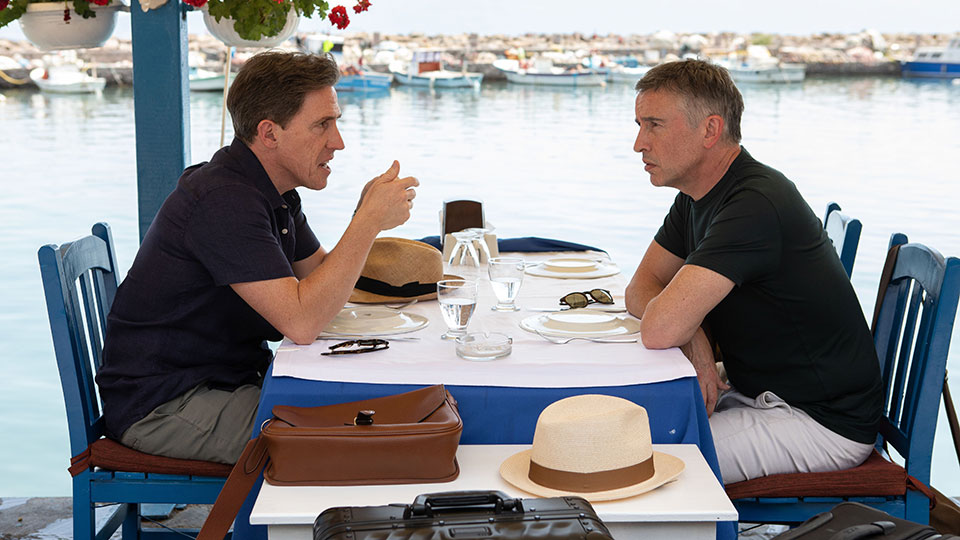 The fourth series of the comedy series is The Trip to Grace. It stars Steve Coogan and Rob Brydon and is from Revolution Films, and directed by Michael Winterbottom. The new six-part series will see Steve and Rob’s fictionalised characters embark on a road trip around Greece for a fresh helping of gastronomic adventures.

The duo lock horns over tragedy, comedy, myth and history. All while dining on cuisine traditional to beautiful Greek hot spots including Assos, Kavala, Stagira, Athens, Epidaurus, Hydra and Plyos among many, many others.

Sky Studios’ Director of Comedy, Jon Mountague, says: “What a joy to go island hopping with the incomparable Steve and Rob. Greece is the birthplace of democracy but more importantly the birthplace of Michael Winterbottom’s latest vision, which we can’t wait to share with our customers. Yamas!”

The series follows on from Sky original The Trip to Spain, which saw the duo venture from Getaria to Malaga in 2017, securing Rob Brydon a BAFTA nomination for Best Male Performance in a Comedy Programme.

The Trip to Greece is produced by Melissa Parmenter and Josh Haynes for Revolution Films, Baby Cow and Small Man productions. It was commissioned by Jon Mountague and Sky’s Managing Director of Content Zai Bennett for Sky One.

Advertisement. Scroll to continue reading.
In this article:Rob Brydon, Sky One, Steve Coogan, The Trip