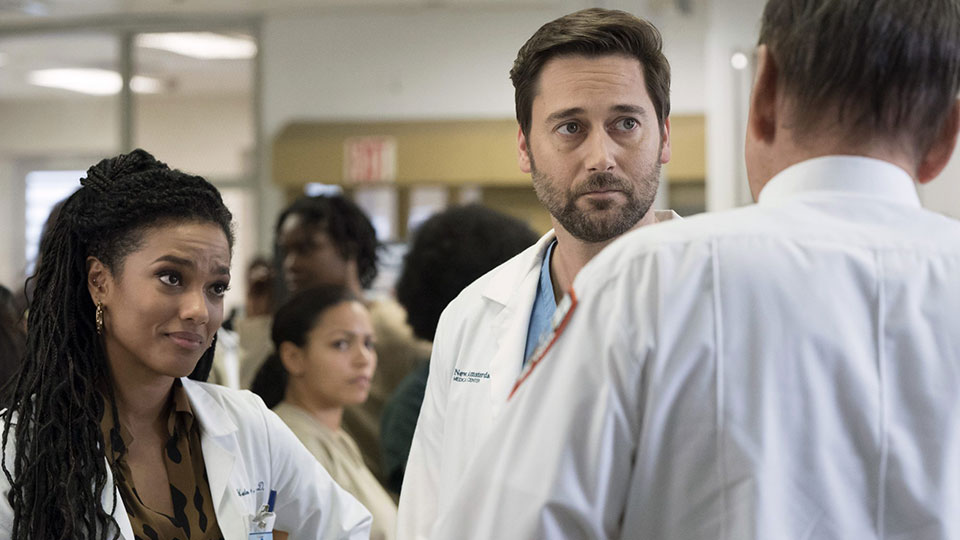 It may only be part way through its second season but New Amsterdam has been renewed by NBC for three more seasons.

The renewal means that the show is guaranteed through to season 5 and it will be on the air until 2023. The medical drama stars Ryan Eggold (The Blacklist), Freema Agyeman (Doctor Who), Janet Montgomery (This Is Us), Tyler Labine (Tucker and Dale Vs Evil), Jocko Sims (The Resident) and Anupam Kher (Silver Linings Playbook).

The announcement was made on Saturday at the TCAs where NBC Entertainment Chairman Paul Telegd suggested that the network was looking to turn New Amsterdam into a universe of shows like they’ve done with Chicago Fire, Chicago Med and Chicago P.D.

New Amsterdam is based on the book Twelve Patients: Life and Death at Bellevue Hospital by Eric Manheimer. Eggold stars as Dr. Max Goodwin, medical director at New Amsterdam Medical Center, who finds out that he’s battling cancer.

The second season has been exploring Max’s life with his new baby following the death of his wife in the season 2 premiere.

The series airs on NBC in the US and Amazon Prime in the UK. The first 9 episodes of season 2 are currently available on the streaming platform with the remainder due to land in May.

Advertisement. Scroll to continue reading.
In this article:New Amsterdam