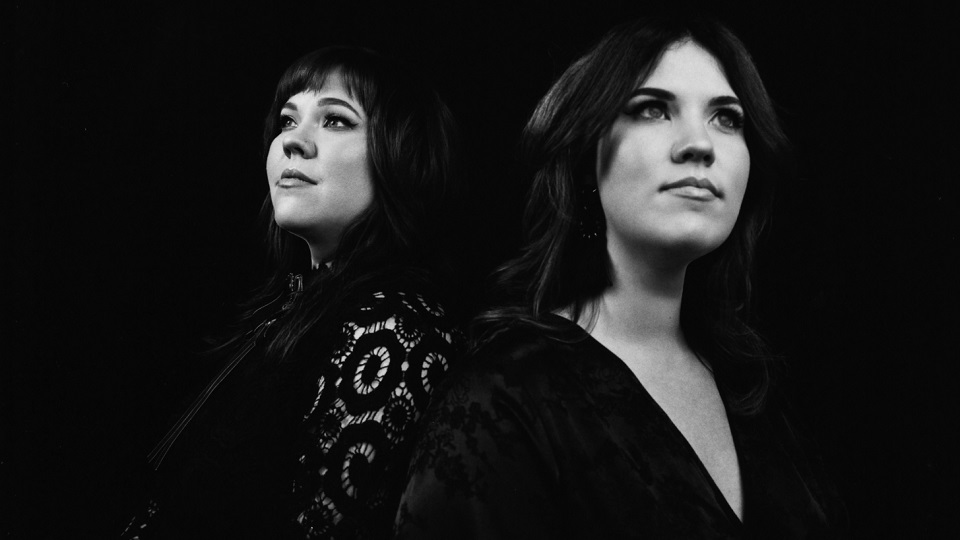 The Secret Sisters have released their latest song, Hand Over My Heart.

The song is the third track to be released from the band’s upcoming fourth album, Saturn Return, which is due out on New West Records on 28th February. It’s a dreamy, upbeat number with a strong retro vibe that uses delicate piano melodies and synthesiser effects, balancing out the pair’s sweet vocals and the romantic, wistful lyrics.

To promote the new album, the duo – made up of real-life sisters Laura and Lydia Rogers – will also embark on a nine-date UK-wide tour this June, including a performance at Black Deer Festival.

Laura and Lydia said of the album: “As we age, we face obstacles that are beyond our control. Some forces are internal: insecurity, anxiety, fear. Some are external: the loss of loved ones, an unjust system and the fragility of time. Yet the mark of maturity is how you respond when you realize you’re not in control. Where do you find your resilience?

“This album is a reflection of us coming to terms with how to find our power in the face of an unfair world. These songs lead listeners past ‘where happy man searches, to a place only mad women know.’ We question our purpose, our relationships, our faith. Trading the fears of our youth for the dread that rages within us as mature women.

“With Saturn Return, our hope is that women can feel less alone in their journey through the modern world. We need each other more than we ever have; the less competition and the more inclusiveness and understanding, the better. We are southern women in the 21st century, convicted by our beliefs.”

Saturn Return, named after the astrological occurrence that takes place approximately every 29 ½ years, was produced by Brandi Carlile, Tim Hanseroth and Phil Hanseroth, and recorded at Carlile’s home studio in Washington state. The album’s ten songs were all written by Laura and Lydia, and deal with themes including the siblings’ world view, relationships and their own mortality. It also sees them singing individually for the first time instead of relying solely on their trademark harmonies, after Carlile challenged them to do so.

Carlile commented: “It’s really uniquely unified and harmonious when they’re in tandem and very tumultuous and deep when they’re not in tandem and I think for a brief, beautiful moment on this album we caught The Secret Sisters not in tandem for the first time.” She added: “To be a harbinger for their honesty in these songs and to watch them work together to see the tension was one of the greatest gifts of my career because those are two very powerful people in a very interesting point in their lives.”

Originally from Muscle Shoals, Alabama, The Secret Sisters have released three critically acclaimed full-length albums since debuting in 2010, working alongside the likes of Dave Cobb, T-Bone Burnett and Jack White. Their most recent LP, 2017’s You Don’t Own Me Anymore, was also produced by Carlile and the Hanseroth twins and received a nomination for Best Folk Album at the 60th Annual GRAMMY Awards. Additionally, they’ve toured extensively in the US and Europe, including appearances as part of the Transatlantic Sessions in 2018 and performing at London Folk & Roots Festival in 2017.

The Secret Sisters’ new album, Saturn Return, is out 28th February 2020 on New West Records. You can pre-order the album here and receive the singles Cabin and Hand Over My Heart instantly.

See The Secret Sisters live on tour in the UK in 2020:

In this article:AmericanaFest UK, Black Deer Festival, The Secret Sisters