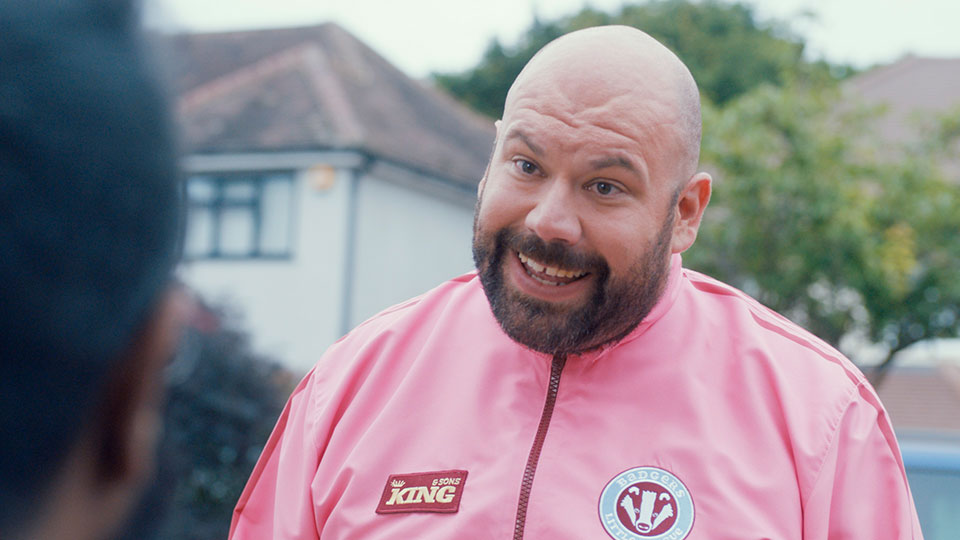 New comedy series King Gary had us in stitches on BBC One tonight.

In the first episode Gary had to deal with a building site prankster and was surprised to find it was loose cannon and hard man Lee Benson. His solution was to set up a meeting at the roughest pub in the area.

Gary’s under-nines little league team The Badgers is in the cup final, but the week before the match his star player, Abboussi, is poached by Chelsea.

Gary throws absolutely everything at getting him back for the big game, and even turns up, unannounced, at Abboussi’s dad’s workplace to try to convince him that his son is making the biggest mistake of his life.

Big Gary bets against his own son’s side to earn a few quid, and Terri is stumped to learn mother-in-law, Denise, is new best buddies with Chloe Ferdinando.

After getting wind that they have a night out planned, Terri’s social paranoia eats away at her and the fear of missing out sends her potty.

King Gary continues at 9.30pm Friday 17th January 2020 on BBC One. Preview the episode with our gallery below:

In this article:BBC One, King Gary, Tom Davis