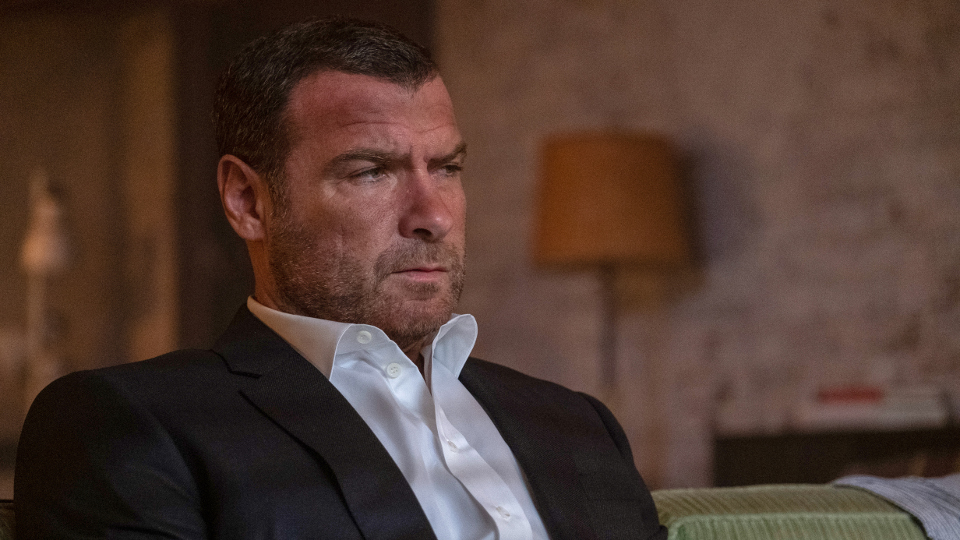 In the latest episode of Ray Donovan, Ray (Liev Schreiber) made more progress with his therapy, spent some time with his brother Terry (Eddie Marsan) and moved things along with Molly (Kelly Condon).

The episode opened up with Ray watching Molly sleeping after they spent the night together. As soon as she woke up, Ray said he should go and got up to leave. Molly wasn’t too impressed but Ray left anyway. On his way out he was surprised to see Molly’s father, Jim Sullivan (Peter Gerety). They made small talk and Jim was keen to pay Ray to ensure the picture of Kevin doesn’t surface again but Ray said it wasn’t necessary. It seems there’s a fair bit of past stuff between the pair that we don’t know about yet.

At his next therapy session with Dr. Amiot (Alan Alda), Ray noticed his Parkinson’s. It shocked Ray when Amiot said that the time would come soon when Ray would have to transition to a new therapist. The conversation reminded Ray to check in on his brother Terry.

Ray found Terry lay in bed shaking, having thrown his meds away. He checked the kitchen and noticed Terry was out of food. Terry said all he needed was beer. Ray headed to the store to get some groceries and filed Terry’s prescription to get him some replacement meds. Terry pushed back but eventually listened to his brother. Ray got a call that his car was at the impound on Coney Island and decided to take Terry with him.

The pair managed to talk a fair bit during their day and Terry was interested to hear how Ray’s therapy was going. He also told Ray about his recent encounter with a shaman. When they arrived the impound staff were out on breakfast so Ray took Terry on the nearby Cyclone rollercoaster. When they returned, a guy was locking up the impound again for lunch and refused to let them take the car. Terry knocked him out cold and they helped themselves to his keys so Ray could get his car.

As they drove home, Ray took a call from Molly who wanted to meet later and Terry was pleased to see his brother happy. A deer suddenly ran across the road and they sadly hit it with the car. They checked on it but it was in a bad way. Terry had Ray put it down with his gun.

Meanwhile, Bridget (Kerris Dorsey) decided to come clean and told Smitty (Graham Rogers) that she had slept with Adam Rain (Michael Esper). Smitty burst into tears and Bridget went mental because she’s so used to the men in her life shouting, screaming and being violent. After she left, Adam called the office and spoke to Smitty as he needed help with a situation. Smitty said he’d come over and left with a baseball bat. He used the bat to smash up Adam’s car and gave him a beating too.

Mickey (Jon Voight) and Sandy (Sandy Martin) and Daryll (Pooch Hall) continued to investigate the heist of 1977. He wanted to find out who had set him up, so went after the surviving crew. Those that were left were now very old but that didn’t stop Mickey. He tied the first guy to a chair and started hitting him. When that didn’t work, they waterboarded him which got them a new lead. Before they left, Sandy shot the man to keep things tidy.

The next guy, O’Malley, was now suffering dementia and in a home. Mickey had Daryll break him out and then they took him to a remote location. Sandy sang an old song which got a response but when they arrived, O’Malley suddenly started to fight. They managed to knock him out and then tied him up. Mickey’s plan was to electrocute him because he thought it would jump start his mind. They did get some information out of him which pointed them back at Jim Sullivan. O’Malley revealed he was sidelined for taping all the conversations he had with Sullivan. Before he told them where the tapes were, O’Malley died when Mickey overdid the electrocution.

Elsewhere in the episode, Bunchy (Dash Mihok) was fired for not signing the legal papers at his company. He spoke to the mother of the teenager he shot on the phone. She told him she needed money so he thought he’d take it back from the company for firing him. He bought masks of Nixon, Clinton and Trump then went on his own robbery spree at their various stores. He ended up with around $17,000 which he took to the mother. They took the money to a specialist to try and get him to treat her son. The specialist said they didn’t have enough money and should continue with the treatment at the hospital he was already at.

At the end of the episode Ray went to meet Molly in a bar, they shared a kiss and then sat down to chat together.

Can’t wait for the next episode? Read our preview of Ray Donovan – 7×06 Inside Guy.