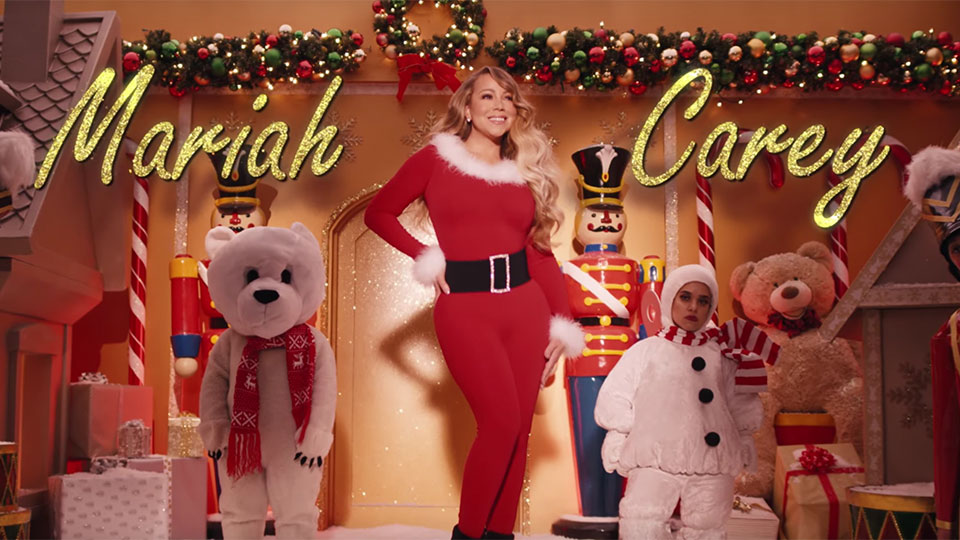 Celebrating her 19th number one this week, Mariah Carey has released a brand new video for her enduring hit single All I Want For Christmas Is You.

The Joseph Kahn directed clip sees Mariah bringing together the wonder of the season through the eyes of a child and an ambitious festive window display. Watch the video below:

The clip sees Mariah posing in a shop window before taking the child, who is watching with amazement, into a festive world full of dancers and Christmas paraphernalia. The video is the fourth that has been released for the song over the last 25 years following the original, the black-and-white Ronettes-inspired one and this year’s alternate footage video.

For the past three nights Mariah has been performing on The Late Late Show with James Corden. On Tuesday she performed Oh Santa!, on Wednesday Christmas Time Is In The Air Again and last night All I Want For Christmas Is You.

You can watch last night’s performance below:

In November Mariah released a Deluxe Anniversary Edition of her Merry Christmas album to mark its 25th anniversary. The release features a second disc of live performances, Christmas songs that weren’t on the original version and remixes.