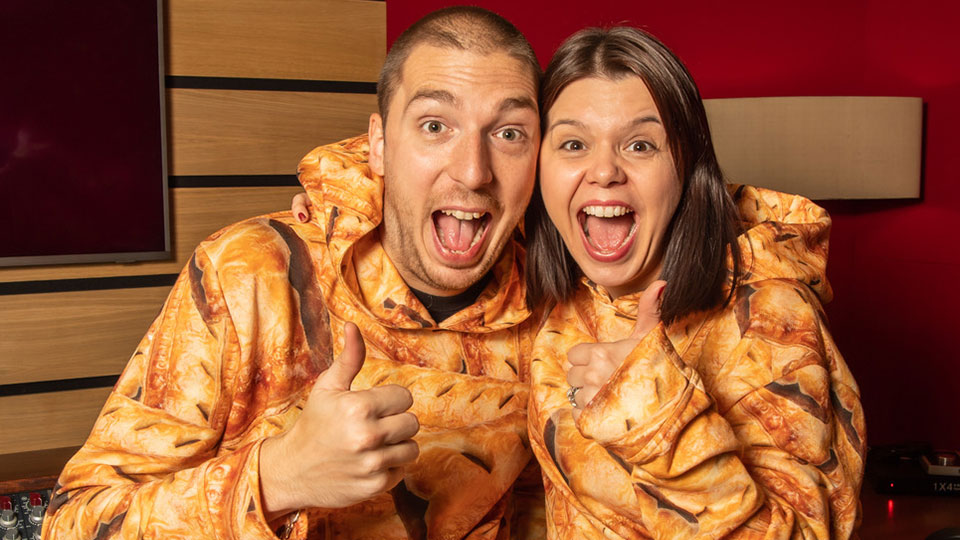 LadBaby has scored a second consecutive number one with charity single I Love Sausage Rolls.

Following in the footsteps of last year’s We Built This City on Sausage Rolls, the song is once again raising money for The Tressell Trust. It has beaten Stormzy featuring Ed Sheeran and Burna Boy, and Wham! to the top spot.

According to Official Charts Company data, I Love Sausage Rolls smashes last year’s total, scoring a huge 93,000 chart sales this week (18,000 more than last year). 85,000 of that total comes via digital purchases making the song the fastest-selling download of the year.

“WOW, THANK YOU!! I don’t even know where to begin in thanking the incredible people of not only the UK, but around the world for supporting us for a second time and helping us raise EVEN MORE money for the amazing food bank charity the Trussell Trust. Only in Britain could a sausage roll twice get to Christmas Number 1. I hope everyone has an amazing Christmas and enjoys singing and dancing around their living rooms to this year’s sausage roll banger!” said LadBaby.

The single was recorded at Abbey Road, where the LadBaby family (Mark Hoyle, his wife and LadBabyMum Roxanne, and their children Phoenix and Kobe) took the opportunity to cheekily recreate The Beatles’ famous album cover.

Advertisement. Scroll to continue reading.
In this article:LadBaby