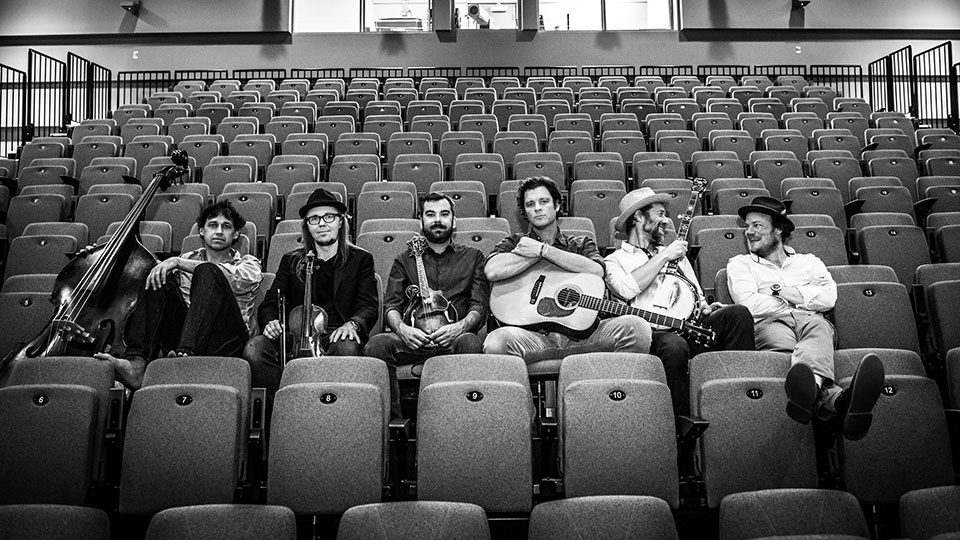 American bluegrass band Steep Canyon Rangers hail from North Carolina and they have become best-known for their collaborations with actor/musician Steve Martin. They’ve been releasing music since 2001 and their latest studio album Out in the Open was released in 2018. Their latest release is a live album, North Carolina Songbook: Live from Merlefest April 28th 2019, that sees the band playing through the history of their home state. Across the 8 tracks they put their own stamp on these classic songs, making them sound as if they are their own originals.

North Carolina Songbook opens with a cover of Ben E. King’s Stand By Me, a song that was originally a soul track. While the band stays true to the original’s bassline, they inject their Country sensibilities through their vocals and the additional instrumentation they incorporate into their version. The song remains distinctly recognisable but it’s definitely a twist I’ve never heard on it before. That’s the way the band has approached each of these songs and it makes the album an interesting listen.

Don’t Let Your Deal Go Down, a song that was popularised by Earl Scruggs and Charlie Poole, is one of the more faithful covers on this collection. It showcases the band’s impressive banjo skills and their harmonies. It’s the kind of song that fits them like a glove and this live recording is really something to behold. Blue Monk, a song from Thelonious Monk, is one of the more radical covers here. Firstly it’s a good 6 minutes shorter than the original version and secondly the jazz instrumentation has been transformed into bluegrass. Amazingly it works and the reimagining of it keeps the melody intact, making it recognisable.

Elsewhere on the album James Taylor’s Sweet Baby James is given a harder Country sound, and is one of the best songs on the record Tommy Jerrell’s Drunkard’s Hiccups is given a more buoyant flavour, and Ola Belle Reed’s I’ve Endured has a tighter and quicker pace than the original. The album closes with Your Lone Journey, a simple arrangement of Doc Watson’s song. The harmonies are the big attraction here and they take the song to a new level.

Steep Canyon Rangers can turn their hand to pretty much anything and they are without a doubt the leading bluegrass band in modern music. They are helping to preserve traditional bluegrass while forging their own path. North Carolina Songbook is a celebration of the music they’ve been inspired by and a tribute to their home state. I can only imagine what an experience seeing them live must be as these live recordings are incredibly impressive.

In this article:Steep Canyon Rangers