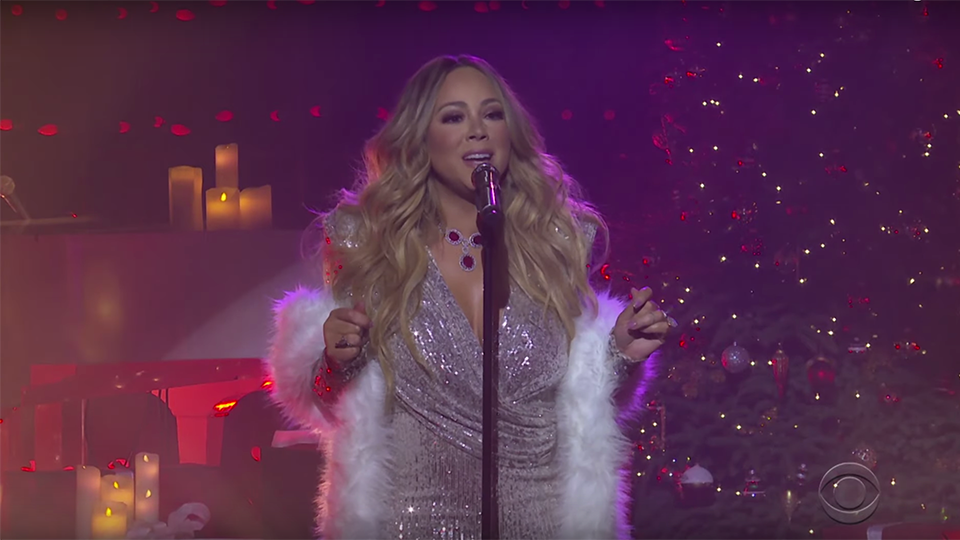 For the second of her performances on The Late Late Show with James Corden, Mariah Carey aka Queen of Christmas stunned with a rendition of her original Christmas Time is in the Air Again.

Performing on the late night talk show over three consecutive nights, Mariah put on a sultry performance showcasing that airy voice that’s become her signature. Looking confident and sounding better than ever, Mariah brought class to the holiday season.

Christmas Time is in the Air Again is featured on Mariah’s 2010 holiday album Merry Christmas II You. It’s been performed during her All I Want For Christmas Is You Tour over the past few years and is a timeless track.

On Tuesday night Mariah performed Oh Santa! on The Late Late Show with James Corden and tonight she’s due to perform again. Our guess is that she’ll be performing All I Want For Christmas Is You given that the song has just become her 19th number one, 25 years after its original release.

The feat has seen Mariah make history once again and should she hold onto the top of the charts for the next two weeks, she’ll be the first artist to enjoy number one hits in four decades.