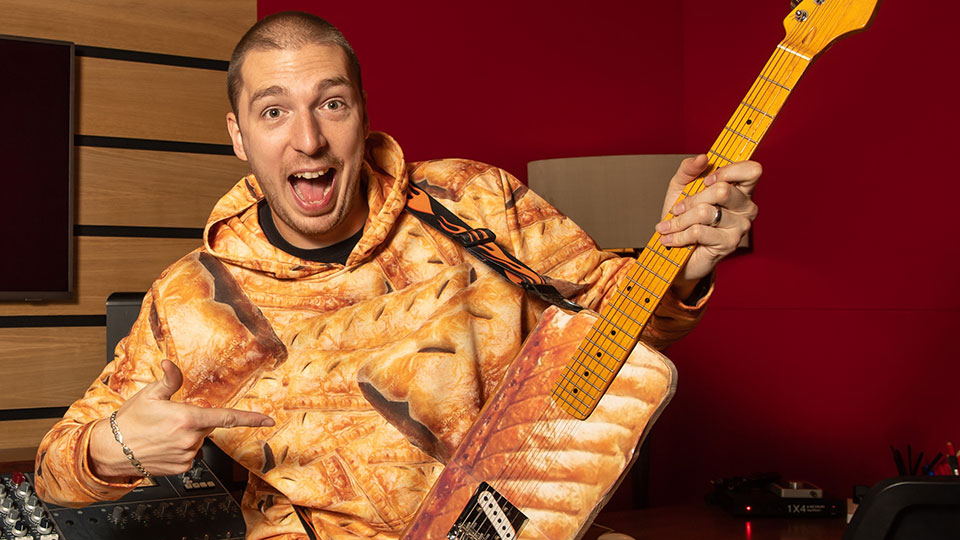 LadBaby is back with new single I Love Sausage Rolls, aiming to score a second consecutive Christmas number one.

The follow-up to last year’s chart-topper We Built This City on Sausage Rolls, the new single is a twist on Joan Jett’s classic I Love Rock ‘n’ Roll. The single is once again in support of The Trussell Trust, whose mission is to end the need for food banks in the UK. The charity supports a UK-wide network of more than 1200 food bank centres, which provides emergency support to people locked in poverty and campaigns for long-term change for a future without the need for food banks.

The money raised last year has been helping the Trussell Trust and its network of food banks work towards ending hunger in three ways: first, it’s helped support food banks to get emergency food to local people in crisis; second, its helped people access additional support that helps prevent them needing the food bank again; and third, its helped fund campaigning work to tackle the long-term drivers of hunger in the UK.

“We were blown away by the support we received on our Christmas Number 1 single last year and how far that money has gone into changing the lives of families living in poverty across the uk. We’re continually looking for ways we can support food bank charity the Trussell Trust further as the size of the problem still facing so many adults (and children) is huge and we ALL need to do whatever we can to say goodbye to poverty once and for all in the UK! If we can use our social media presence for good by singing about sausage rolls, giving people something to smile about and helping families eat this year, then why wouldn’t we. Officially, the most unanticipated single of the decade…AGAIN!,” says LadBaby.

Garry Lemon, Director of Policy & Research at the Trussell Trust says, “We were overwhelmed at the support shown last year in getting LadBaby’s song to Christmas Number One, and it’s fantastic to be chosen by LadBaby again as the charity benefiting from money made by the single. It’s not right that any one in our country needs to use a food bank but we know what needs to change. The money raised will help us support our network of food banks to provide the best possible emergency help, while we work towards a future where no one needs a food bank. Thank you so much.”

LadBaby hails from Nottingham and his real name is Mark Hoyle. He now lives in Hertfordshire with his wife Roxanne (LadBabyMum) and their two children, Phoenix and Kobe.